Tuesday, August 9
You are at:Home»News»Sabah»Call for action after kids bathed in fountain pool 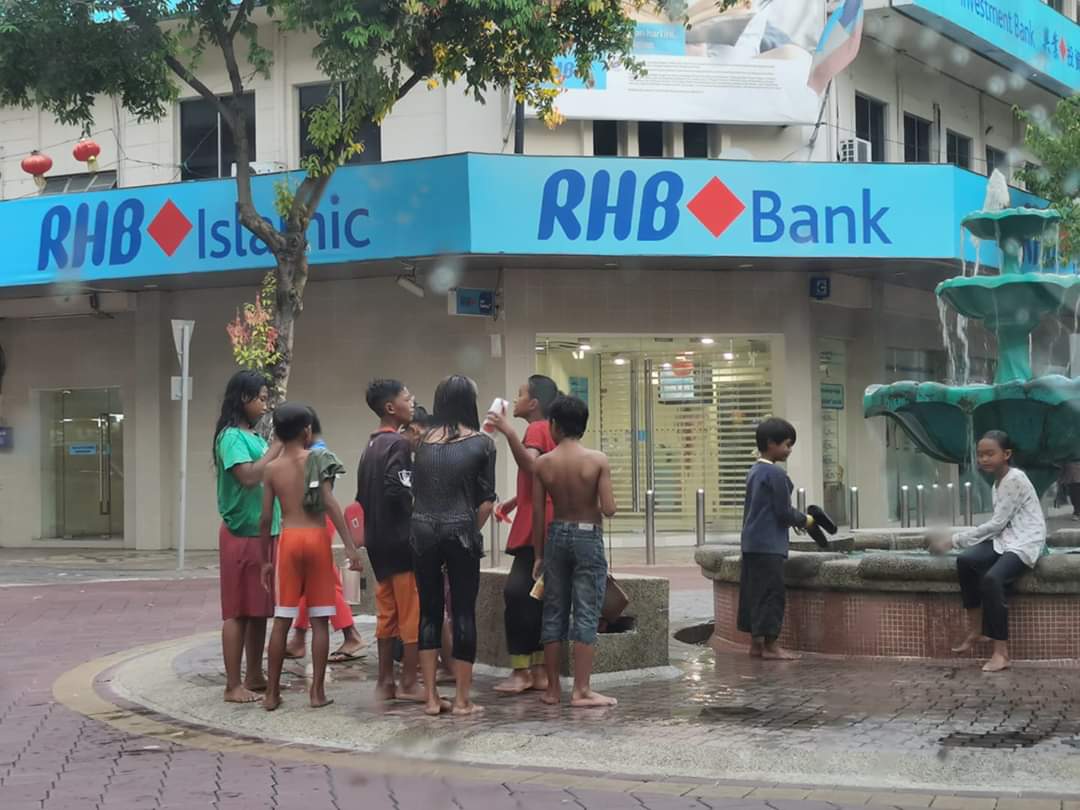 The children seen frolicking at the water fountain at Gaya Street in Kota Kinabalu.

“We believe they are migrant kids. We cannot tolerate such gross indecency on our streets in the heart of the city.

“It is going to tarnish our image as a tourist destination, especially so when 2020 is Visit Malaysia Year,” she said in a statement, yesterday.

Liew, who is also Deputy Chief Minister, was commenting on the image of a group of children, some of whom were naked, bathing in the fountain pool, caught on CCTV (Closed Circuit Television) on Saturday
morning.

“The image has since gone viral. We checked with DBKK and from the CCTV provided, one could view that the barefooted children were bathing in the pool for three minutes from 6.16am to 6.19am.

“They then disappeared but the same group was later seen loitering in another part of the city,” she said, adding that concerned citizens shared some photos on social media.

Liew hoped the local authorities ensured that such unpleasant incident would not happen again in any part of KK City.

Meanwhile, Warisan secretary general Datuk Loretto Padua has expressed regret over the incident and urged the relevant authorities like the police, Immigration Department and City Hall to use necessary legal provisions to curb a similar occurrence.

“It is our responsibility to look after the safety of not only the people but also visitors to Kota Kinabalu. The incident is also detrimental to the state capital’s image,” said Loretto in a statement.

“Let us not cause negative impact on the tourism sector which has taken a hit as a result of fake news on the novel coronavirus epidemic,” he stressed.