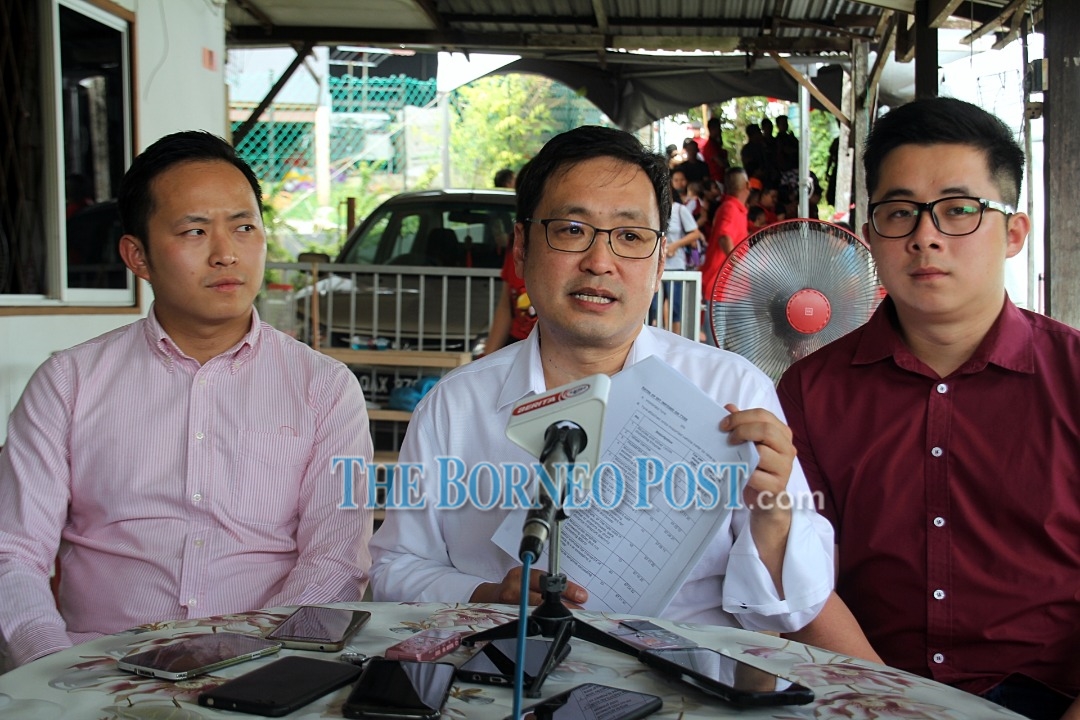 KUCHING: Deputy Minister for Domestic Trade and Consumer Affairs Chong Chieng Jen is urging the Sarawak government to abolish the state sales tax (SST) on imported tyres and tyres attached to new vehicles being imported into Sarawak which came into effect on Jan 1, this year.

He said the rate at which the SST is being charged on new tyres being sold or tyres attached to new vehicles being imported into the state would burden not only the consumers but also businesses dealing with transportation and logistics.

“The state government through Chief Minister Datuk Patinggi Abang Johari Tun Openg always boasts that Sarawak is a rich state with a lot of reserves, and spends billions of ringgits on development projects here and there.

“So why would the state government want to burden the ‘rakyat’ by imposing this SST on tyres?

“This is not fair to Sarawakians. I urge the state government to overturn the implementation of the SST,” Chong told reporters this morning.

According to the circular, businesses dealing with tyres and selling of imported vehicles must register as a taxable person in accordance with Section 10(1) of the State Sales Tax Ordinance 1998, and regulation 3 of the State Sales Tax Regulation 1998, failing which his or her company will be guilty of an offence and liable to a fine of RM20,000, and in the case of continued offences, a further fine of RM2,000 for each day during which the offence continues.

The circular instructed business owners to fill in a form to be submitted in duplicates to the Comptroller of the State Sales Tax at the State Treasury Department on or before January 31 this year.