Thursday, October 28
You are at:Home»News»CM: GPS-led state govt will ‘fight to the last’ for Sarawak’s rights, especially over O&G revenue 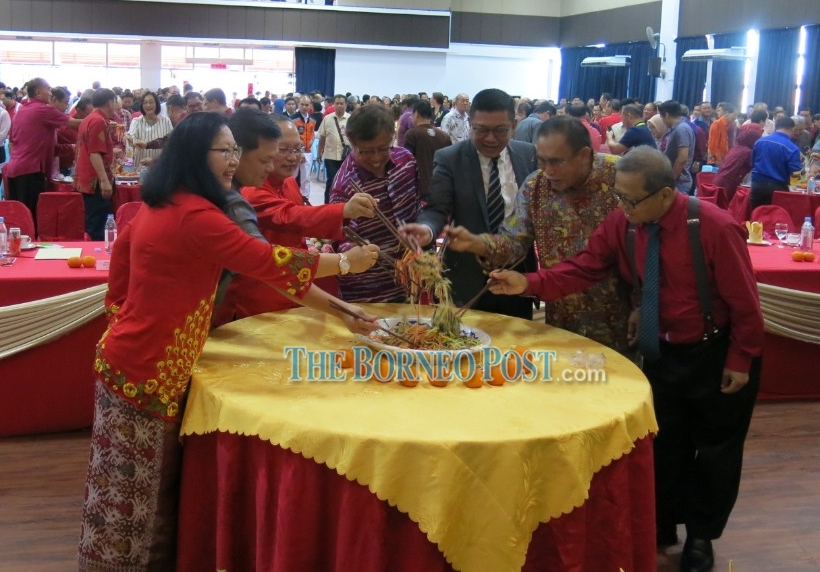 Besides that, he said the revenue from the SST could be used to fund development projects in the state.

“As we have to use our own funds to build road and bridges; provide treated water supply and electricity supply and other infrastructure to stimulate our economic growth, we have to depend on our oil and gas
for funds,” he said at the state level Chinese New Year celebration organised by Sarawak Federation of Chinese Association (SFCA) Sarikei branch at Sarikei Central Hall, here, today.

While calling on all Sarawakians to support the state government in the fight for Sarawak’s rights, Abang Johari believed that the existing strong bond of unity and solidarity among Sarawakians is vital to ensure the state’s victory in the fight.

In a related development, he said the state government will continue to negotiate with the federal government on devolution of power but stressed that the state’s autonomous rights over immigration and other matters, including rights over continental shelf are non-negotiable.

“During discussion over Malaysia Agreement 1963 with the Prime Minister, I firmly maintained our stand that our autonomous right over immigration is not negotiable,” he added. 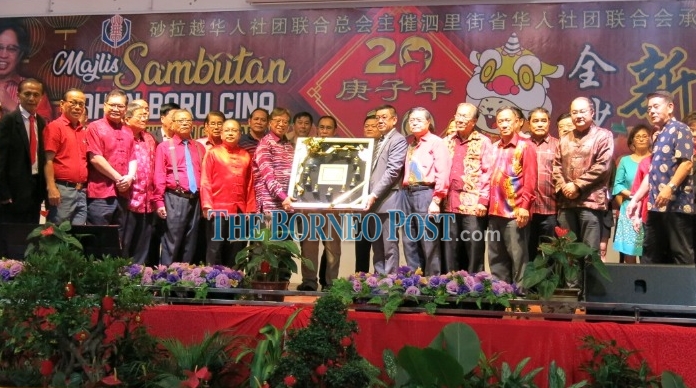 Abang Johari receives a souvenir from Wee as others look on.

In order for the state to have better bargaining power, Abang Johari said he had also raised to the electoral reform committee on the need for Sarawak and Sabah to be given more than two-third seats in Parliament.

“When UEC is recognised by international universities, there is no reason for the qualification not to be recognised in our own country,” he added.

Last year, he said the state government had allocated RM8 million to the Chinese Independent schools in the state and the amount will be increased to RM9 million this year.