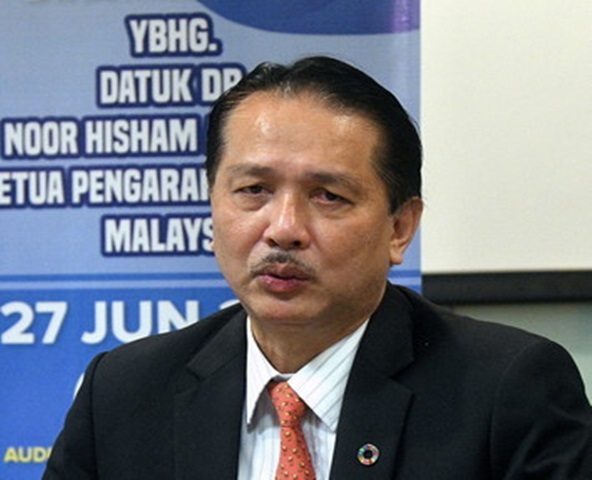 KUALA LUMPUR: A 65-year-old sickly local woman is the latest confirmed 2019 novel coronavirus (2019-nCoV) case, bringing the number of infections in the country to 17.

Health director-general Datuk Dr Noor Hisham Abdullah said the woman is the mother-in-law of the Malaysian who was confirmed to have been infected with the virus on Feb 4, the ninth case.

He said the woman was suffering from various chronic ailments like high blood pressure, diabetes, partial paralysis of the body, a heart patient with a pacemaker and had limited movement ability.

He said the woman had direct contact with the ninth case when she joined him and several other family members for Chinese New Year meals on several occasions between Jan 26 and 28.

“According to her, she stayed at home from Jan 29 until Feb 4. However, on Feb 5 she complained of being unwell, that is fatigue, having dizziness and perspiration but no fever,” he said in a statement today.

He said the woman was taken to a private hospital for outpatient treatment and allowed to return home after being given a follow-up appointment on Feb 7.

“As soon as her son-in-law, the ninth case, was confirmed 2019-nCoV positive, she had been traced by the District Health Office (PKD). Investigations found that she did not have a history of travel to China. As part of the investigation activities, samples were taken from her and other family members,” he said.

The coronavirus detection and confirmation tests conducted on her were reported to be positive on Feb 8 (yesterday) while those for the other family members were negative, he said.

Dr Noor Hisham said the woman had been admitted to the isolation ward of Sungai Buloh Hospital and was in stable condition, and that contact tracing was continuing and the outcome would be announced from time to time.

The son-in-law of the woman was the first Malaysian confirmed as coronavirus positive on Feb 4. The 41-year-old man from Selangor had travelled to Singapore from Jan 16 to 22 to attend an international conference which involved a delegation from China.

He said of the 17 confirmed cases, seven were from among patients under investigation (PUIs), eight were close contacts and two were Malaysians evacuated from China on a Humanitarian Aid Mission.

Of this number, 12 cases are China nationals and five are Malaysians comprising the two evacuated from China, the man who travelled to Singapore (ninth case) and two close contacts of the man (younger sister and mother-in-law).

Dr Noor Hisham also said a family of four related to Singapore’s first positive coronavirus case and being treated at the isolation ward of Sungai Buloh Hospital were in healthy condition and asymptomatic.

“However, tests for two more family members have to be conducted again. But if repeat 2019-nCoV confirmation tests conducted on the two turn out negative two times consecutively, the hospital authorities are prepared to allow them to return home soon,” he said.

On the coronavirus infection in Malaysia, Dr Noor Hisham said the situation was under control although cases were reported from time to time.

He said there was no sustained human-to-human transmission and no isolated cases were reported so far.

The Health Ministry with the cooperation of all parties would continue to enhance its preparedness and response to the coronavirus infection in Malaysia. – Bernama