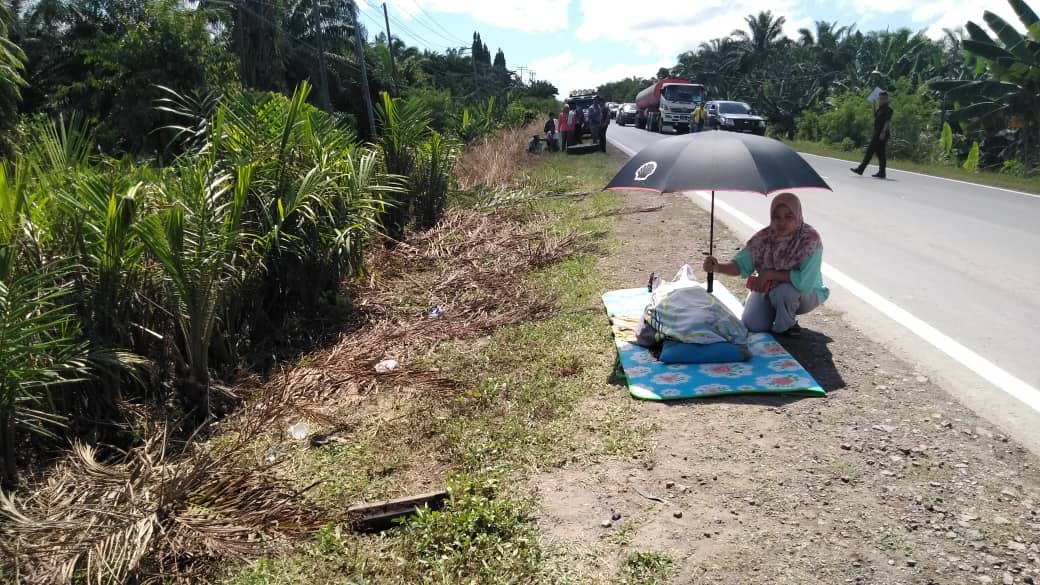 The victim’s body at the scene at Km 9, Jalan Lahad Datu-Sandakan.

LAHAD DATU: A pedestrian died after he was hit by a tyre which came off a moving tanker at Km 9, Jalan Lahad Datu-Sandakan here, yesterday.

District police chief ACP Nasri Mansor said the incident occurred at about 10.20am when the tanker was on its way to Lahad Datu from Sandakan.

“Initial investigation found that the 64-year-old victim was on the left side of the road shoulder when the left tyre of the tanker came off and hit the victim.

“The victim suffer head injuries and was pronounced dead by the medical officer at the scene,” he said, adding that the victim’s body was later taken to Lahad Datu Hospital for a post-mortem.

Nasri said they had detained the tanker driver, a 42-year-old Indonesian man who escaped unhurt in the incident. The driver, he said, tested negative for drug abuse.

He added the case was being investigated under Section 41(1) of the Road Transport Act 1987.