Wednesday, April 1
You are at:Home»News»CM: O&G sales tax a source of revenue to fund state’s devt 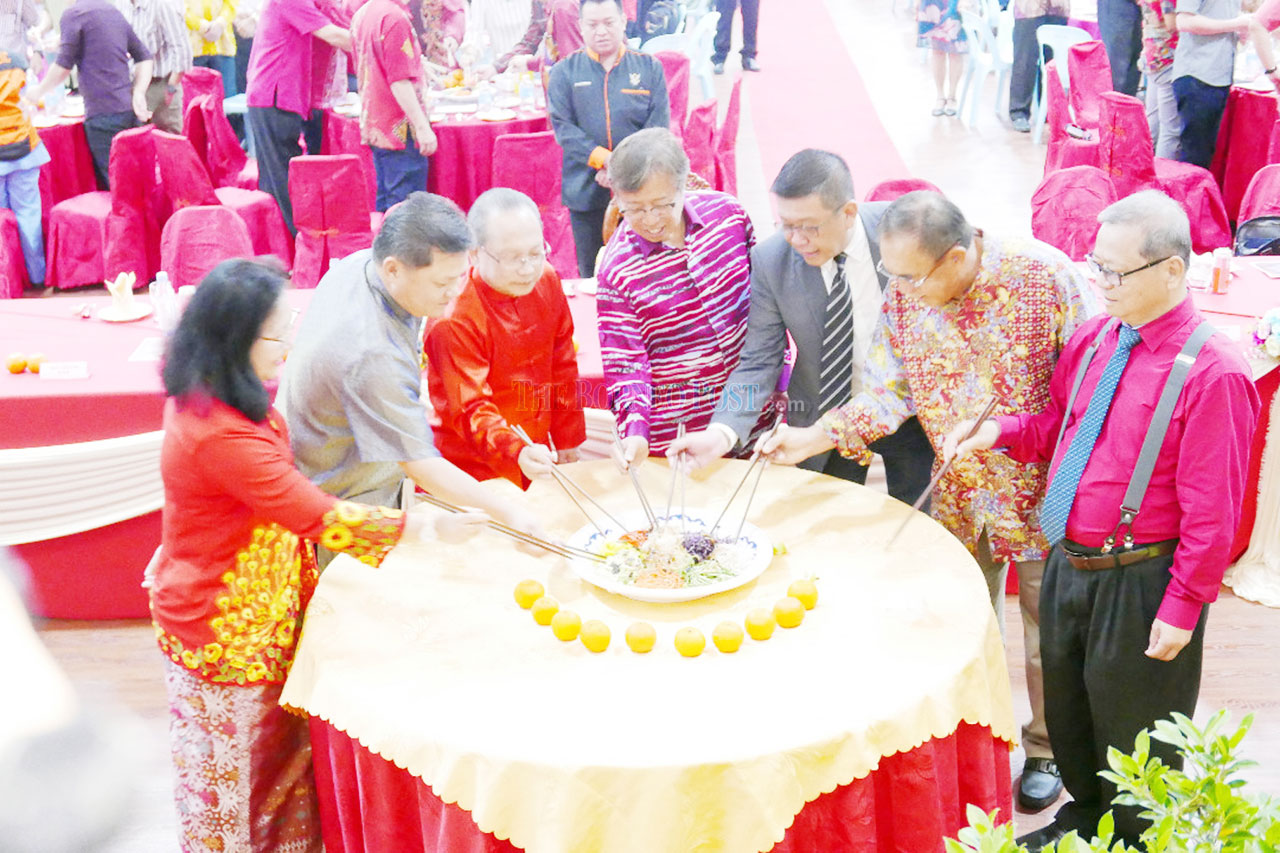 SARIKEI: The Sarawak government will fight to the last to defend its right to impose State Sales Tax on its petroleum products as the tax is a source of revenue to fund development projects in the state, said Chief Minister Datuk Patinggi Abang Johari Tun Openg.

“As we have to use our own funds to build roads and bridges, provide treated water supply and electricity supply and other infrastructures to stimulate our economic growth, we have to depend on our oil and gas for funds.

“In this regard, the people of Sarawak must give their full support to the Gabungan Parti Sarawak (GPS)-led government as unity and solidarity is vital in ensuring our victory,” he said when addressing the state-level Chinese New Year open house organised by Sarawak Federation of Chinese Associations (SFCA) Sarikei branch, here yesterday.

Abang Johari said in its quest to regain the state’s rights which had been eroded over the years, the GPS government would continue to negotiate with the federal government on the devolution of power.

However, he stressed that the government would continue to ensure that any talks do not touch on the state’s autonomous rights over immigration and other matters including rights over Sarawak’s continental shelf.

“During discussions over the Malaysia Agreement 1963 with the Prime Minister, I firmly maintained our stand that our autonomy over immigration is not negotiable,” he said.

Meanwhile, Abang Johari also assured that the Sarawak government would maintain its recognition of the Unified Examination Certificate (UEC), which was a legacy of his predecessor, the late Pehin Sri Adenan Satem.

He said there was no reason for UEC not to be recognised in Malaysia when it is recognised by international universities.

In addition to recognising UEC, Abang Johari assured continued government support for Chinese education in Sarawak, pointing out that financial aid for Chinese independent schools has been increased to RM9 million for this year compared to RM8 million last year.

Members of some 120 Chinese associations in Sarikei and Meradong attended yesterday’s event.