Saturday, February 29
You are at:Home»News»Foo urges state govt to hold off SST imposed on imported tyres 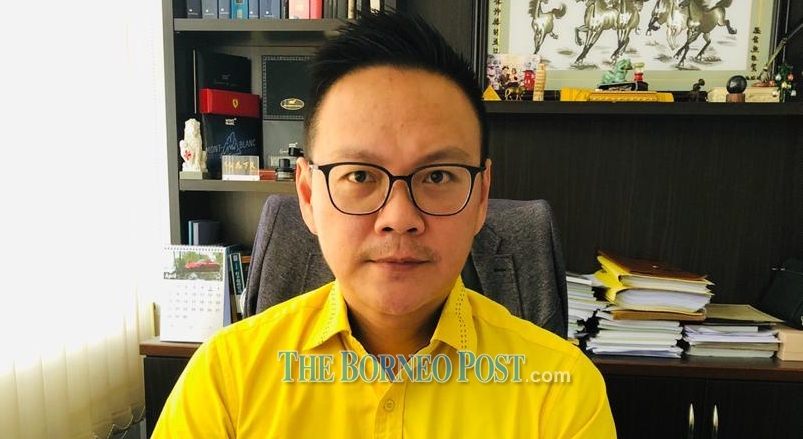 He said he was approached by the Sarawak Tyre Dealer Retreader Association recently on the circular from the State Treasury Department, signed by the Comptroller of the SST, and was told that the deadline given to them to register were very short which was only seven days.

He said according to the circular addressed to the association dated January 23, 2020 they are required to register to be taxed on or before January 31, 2020.

“Why was such a short notice given by the State Treasury Department? Only seven days are given to the tyres dealers and stakeholders to comply with the circular.

“Moreover, isn’t it tantamount to double tax system as Sarawakian is currently also paying five per cent Sales and Service Tax to the federal government?

“And with this new state policy in place, Sarawakians would need to pay an additional five per cent State Sales Tax on imported tyres. At the end of the day, the burden will inevitably fall onto the end consumers.

“The costs of transportation and logistics in Sarawak may be increased due to this tax policy, causing multiple chain reactions, and eventually price hike to commodities and goods in Sarawak,” Foo said in a statement today.

He urged the state government to review this decision to impose SST on imported tyres into Sarawak, suspend or even abolish this tax policy especially in the light of the present global economic downturn and high cost of living.

Besides that, he said the recent outbreak of the Wuhan coronavirus has also been slowing down the economy not just in the country but also globally, directly impacting businesses in the state.

“As a caring government, we should not burden our people by paying more or additional tax, but eradicate and ease the financial burden of the people,” said Foo.

The SST on imported tyres and also tyres attached to new vehicles imported into the state was revealed by Deputy Minister of Domestic Trade and Consumer Affairs Chong Chieng Jen yesterday (Jan 9) during a Chinese New Year gathering near Pending here.

Chong said that tax policy was not fair to Sarawakians who are already struggling with the increasing cost of living.

He urged the state government to abolish the SST on imported tyres and on tyres attached to vehicles imported into the state.

According to the State Treasury Department circular, imported tyres would be charged five per cent SST per piece while tyres attached to vehicles being imported into the state would be charged based on the size of the vehicles.

The circular also stated that these businesses dealing with tyres and selling of imported vehicles must register as a taxable person in accordance with Section 10(1) of the State Sales Tax Ordinance 1998, and regulation 3 of the State Sales Tax Regulation 1998, failing which his or her company will be guilty of an offence and liable to a fine of RM20,000, and in the case of continued offences, a further fine of RM2,000 for each day during which the offence continues.

The circular instructed business owners to fill in a form to be submitted in duplicates to the Comptroller of the State Sales Tax at the State Treasury Department on or before January 31 this year.

Previous ArticleIssues with Sabah, Sarawak can be ironed out – Tun M
Next Article Coronavirus: Sarawakians who have been to Singapore told to undergo 14-day home quarantine