Monday, February 17
You are at:Home»News»Donation was applied by Najib, not offered by Saudi Arabia – Jamil Khir 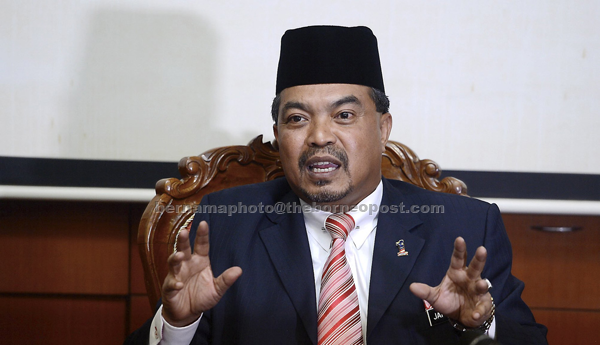 KUALA LUMPUR: The High Court was told today that the Malaysian Government, through Datuk Seri Najib Tun Razak, had actually applied for a donation from Saudi Arabia and that it was never an offer made by the Kingdom.

Former Minister of Islamic Affairs in the Prime Minister’s Department Datuk Seri Jamil Khir Baharom said he knew about the donation application, but stressed that the matter was never discussed in Cabinet meetings as it was not an administrative matter.

Jamil Khir, 59, however, agreed with Deputy Public Prosecutor Datuk V.Sithambaram’s suggestion that the issue regarding the donation was kept from public knowledge.

Earlier, when reading his witness statement, Jamil Khir said he was made to understand that the donation would be channelled into Najib’s personal account to ease and smoothen his political journey.

“If I’m not mistaken, the late King of Saudi Arabia, King Abdullah Abdul Aziz Al-Saud did mention that he would send the donation soon and that it would be sent into Najib’s personal account.

“The King was worried that if the donation was sent into the account of any political entity, it would complicate the process,” Jamil Khir said, adding that he was behind Najib when the two leaders met in the palace in Riyadh on Jan 11, 2010.

However, the fifth prosecution witness said he did not personally know if King Abdullah did actually send the donation into Najib’s personal account or not.

Sithambaram: After King Abdullah said the money would be sent into (Najib’s) personal account, did he say how much he would give?

The witness also said he did not remember if the Malaysian public was informed that Saudi Arabia had given Najib a donation to win the 13th general election.

Sithambaram:  Did you know that in August, 2013, Najib returned money amounting to USD620 million (RM2.03 billion), said to have been received from Saudi Arabia, to Tanore Finance Corporation?

Jamil Khir: I did not know

Jamil said he also did not know when Najib received the first donation from Saudi Arabia and which company sent it.

Questioned by counsel Tan Sri Muhammad Shafee Abdullah who represented Najib on why the donation from Saudi Arabia was not discussed publicly, the witness said it was because it was a personal donation to Najib.

“I felt it is a personal contribution allowed within the legal context of the country. Maybe that was why it was not discussed,” he said.

Earlier, Jamil Khir spoke about his experience receiving a pen embedded with precious stones from Saudi Arabia as a symbol of the Arab people’s respect and acceptance of an individual.

“I brought the pen to court today,” he said, taking out a black pen from his shirt pocket and showing it to the public.

Najib is making his defence on seven charges of misappropriating RM42 million in SRC International Sdn Bhd funds, comprising three counts of criminal breach of trust, three counts of money laundering and one count of abuse of position in relation to the SRC funds.