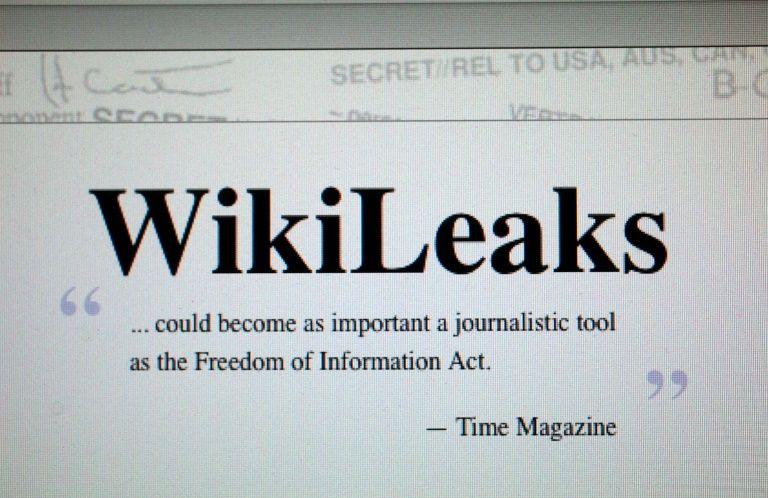 US counterintelligence officials now see anti-secrecy groups like WikiLeaks as an equal threat to traditional spying foes like Russia and China. – AFP photo

The US counter-spy agency said Monday that cyber and surveillance technology advances have multiplied the intelligence threat to the country, putting hacktivists and online manipulators on a par with venerable foe Russia.

“The United States is facing increasingly aggressive and complex threats from foreign intelligence services, as well as state and non-state actors,” said William Evanina, director of the National Counterintelligence and Security Center, which issued the report.

Previous editions of the report singled out Russia, China, Iran and North Korea, along with transnational crime groups, as the central spying threats to the United States.

In addition, it lists “ideologically motivated entities such as hacktivists, leaktivists, and public disclosure organizations,” and foreigners with no formal organizational affinity who also conspire to steal sensitive data and intellectual property.

While the report did not mention the group by name, it was clear that WikiLeaks, which has published a huge amount of stolen US secrets as well as top secret CIA hacking tools, contributed to the shift in threat perception.

The rapid spread of advanced but still cheap technology for hacking and surveillance has made it possible for anyone to pose a threat, the report said.

“Foreign threat actors have become more dangerous because, with ready access to advanced technology, they are threatening a broader range of targets at lower risk,” it said.

“They are conducting malicious influence campaigns using cyber operations, media manipulation, covert operations, and political subversion to sow divisions in our society, undermine confidence in our democratic institutions, and weaken our alliances.”

The report was released just hours after four Chinese military hackers were indicted by the US Justice Department for allegedly stealing the personal information on 145 million Americans from credit rating company Equifax. – AFP