Tuesday, October 19
You are at:Home»News»Nation»Women participation in fight against corruption is crucial – Latheefa 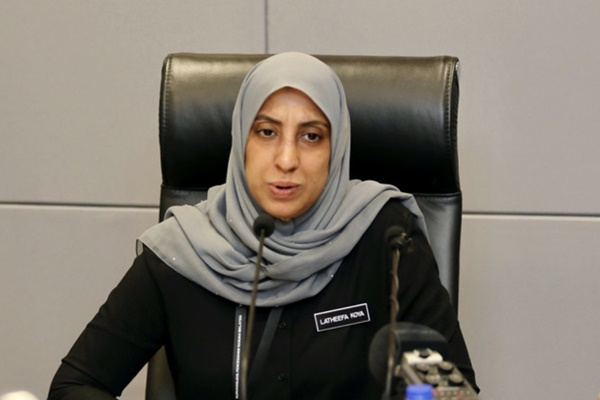 KUALA LUMPUR: Women’s participation in the fight to combat corruption is crucial as they are the group often taken advantage of and end up becoming a victim, Malaysian Anti-Corruption Commission (MACC) chief commissioner Latheefa Koya said today.

“Women are the biggest group or community that has been on the receiving end of the effect of corruption. In order to solve the problem, we need to get women to participate as well.”

“If they speak out and put a stop, we can do so much better when it comes to fighting against corruption,” she said in a two minutes video clip shared by the APEC Secretariat in conjunction with the APEC Symposium on Gender Mainstreaming and Women Empowerment to Fight Corruption in Putrajaya here today.

According to Latheefa who is the Chair of APEC Anti-Corruption & Transparency Experts Working Group, women need to uplift themselves and be aware of corruption because they are susceptible to being used or becoming a victim of the crime.

Besides the symposium, she hoped that other aspects or methods on how to ensure effective women participation in the fight against corruption are also discussed.

The authorities she said, are facing bigger challenges in stamping out corruption due to its level of sophistication.

“People might not see as general usual bribery situation, we are talking about huge amounts. We are talking money laundering, international cross border corruption, so things are not so simple and it doesn’t get contained on a national level. These are the things that have become our biggest challenges.”

Hence, platforms such as APEC is the best way to find solutions in tackling such issues, she said.

“Therefore, because of the nature of APEC, where we involve the whole Asia-Pacific economies, this is the best place for us to discuss on what is the best way to work together so that we can minimise technical and go for the offence itself and fight it out.” – Bernama