Tuesday, July 14
You are at:Home»News»Former Pujut assemblyman welcomed at airport by supporters (VIDEO)

When met, Ting thanked his supporters for welcoming him back in a succinct speech, adding that he would speak more in a press conference tomorrow.

“Thank you Mirians, thank you Pujut voters and DAP supporters for giving me your undivided support for these two-and-a-half years as state assemblyman. I will give my feedback during my press conference tomorrow,” Dr Ting told members of the press. 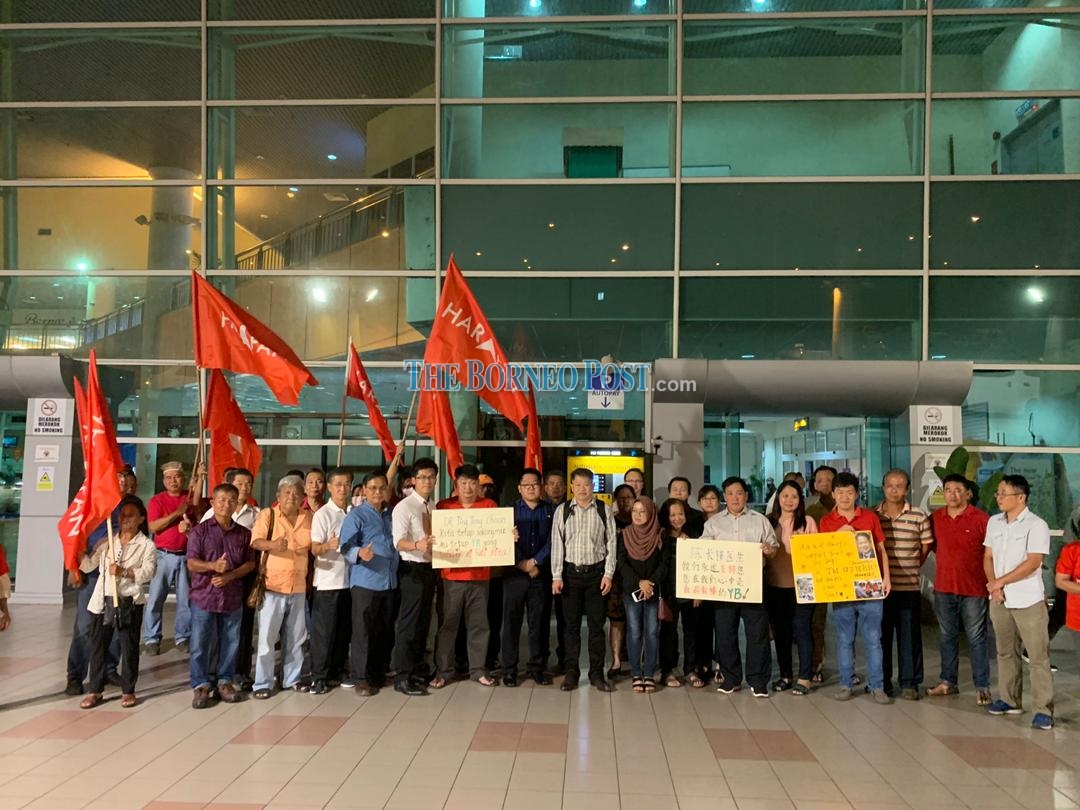 Dr Ting (center) poses for a photo with DAP members and his supporters at Miri Airport. – Photo by Mohamad Abdullah

Dr Ting was disqualified as Pujut assemblyman following the Federal Court’s decision in Putrajaya on Tuesday over the Sarawak State Legislative Assembly’s action against him due to his past dual citizenship.

The Federal Court found that the State Legislative Assembly (DUN) had the power to disqualify Ting as a member for having dual citizenship despite him renouncing it before contesting in the last state election.

The lower court had ruled that the DUN has no power to disqualify its members.

Apart from the DUN, the other appellants in the appeal case were former Second Finance Minister Dato Sri Wong Soon Koh, the State government and the Election Commission.

Dr Ting was represented by a legal team led by Chong Siew Chiang.