Wednesday, May 27
You are at:Home»News»Minister clarifies confusion over KGC assistance 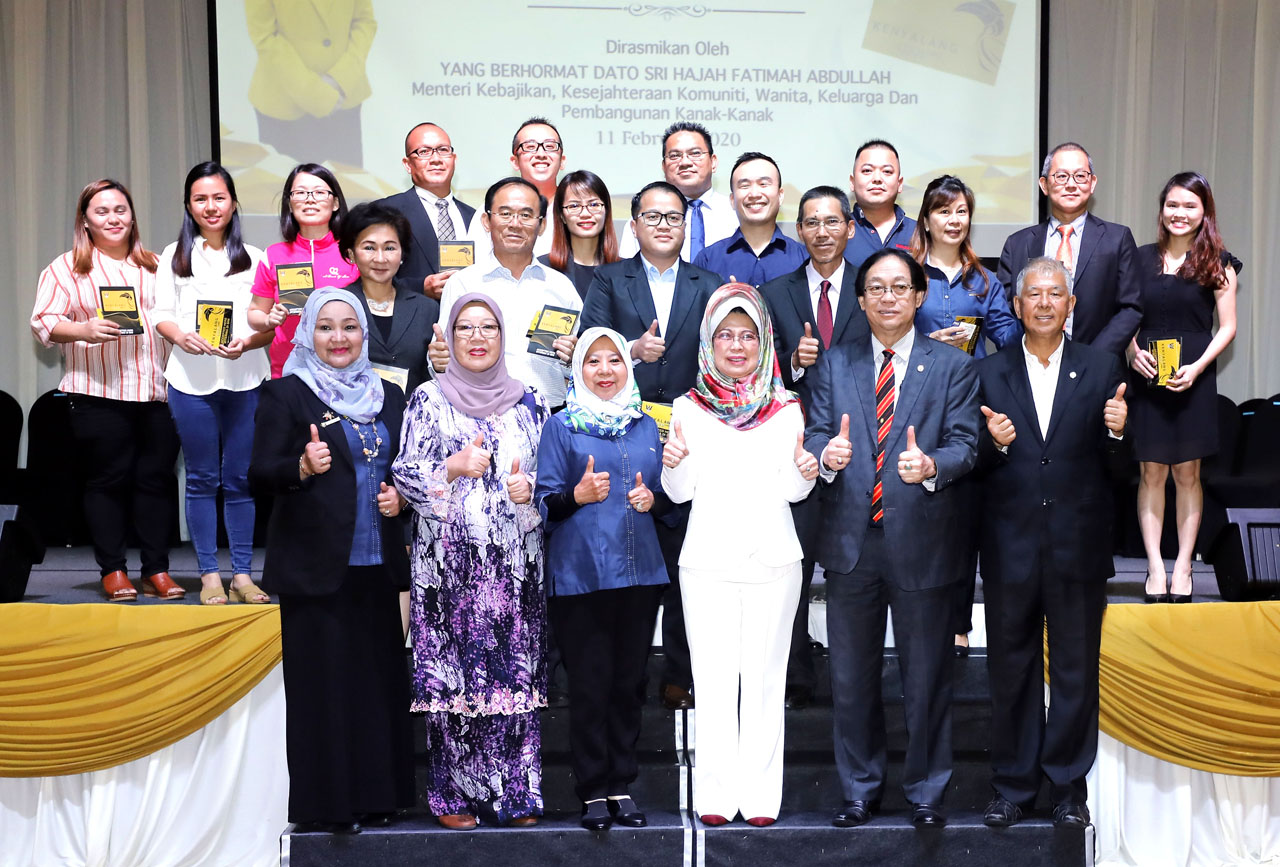 Fatimah (front, fourth left), flanked by Harden and Rosey, joins Ting (front, right) and representatives of KGC partners in a group photo. Also seen on the front row are (from left) Noriah and Dr Saadiah. — Photo by Chimon Upon

KUCHING: The ‘Death Compassionate Assistance’, one of the benefits under the Kenyalang Gold Card (KGC) programme, is only for the next-of-kin of cardholders who had passed away, clarifies Welfare, Community Wellbeing, Women, Family and Childhood Development Minister Dato Sri Fatimah Abdullah.

In this respect, she acknowledges a slight confusion among applicants, who assume that they could get the RM3,000 assistance upon the receipt of their cards.

“KGC holders will not get this assistance immediately. It is only for the next-of-kin of eligible cardholders. It (assistance) is to cover the funeral expenses,” she said at the memorandum of understanding (MoU) signing with KGC strategic partners yesterday.

Fatimah said as of Feb 10, 74,613 senior citizens throughout Sarawak had applied for the KGC during the interim period before the official launch this March 7.

“They (applicants) represent 22 per cent of the estimated 334,500 senior citizens in the state.

“In Kuching, a total of 19,515 applications have been received,” she said, adding that the least number of applications received so far was from Serian, with only 1,726 applications, but it could be due to applications being made in Kuching or other nearby areas.

Fatimah reminded all that KGC was slated for every Sarawakian senior citizen, aged 60 and above, and not just for those from the lower income group or the needy folk; thus, everybody who met the age requirement could apply.

“Besides being an initiative to improve the well-being of senior citizens, the KGC is also an opportunity for the community to give back to society by offering benefits that would contribute to quality life of the elderly folk,” she said. Currently, KGC has over 40 strategic partners throughout Sarawak, with the majority of them in Kuching, Miri and Limbang.