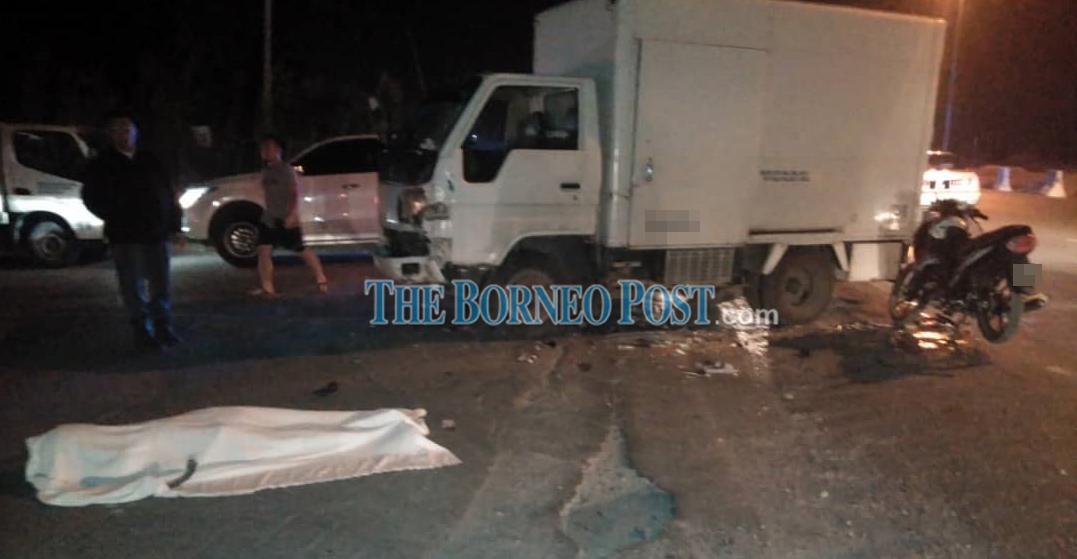 A pillion rider was killed on the spot in a crash with a lorry at KM11 Miri Bypass Road last night.

MIRI: A motorcyclist sustained serious injuries while his pillion rider was killed after their machine collided with a lorry at KM11 Miri Bypass Road at around 7.30pm last night.

“Upon reaching KM11 of the Miri Bypass Road, an oncoming lorry made a sudden turn into a left junction causing the two friends who were on the opposite direction to crash into the lorry,” said Alexson.

The impact caused the pillion rider to be killed on the spo,t while the motorcyclist who sustained serious injuries was rushed to Miri Hospital in an ambulance for medical treatment.

“The lorry driver on the other hand escaped unhurt,” said Alexson.

He said police are investigating the case under Section 41 of the Road Transport Act 1987.