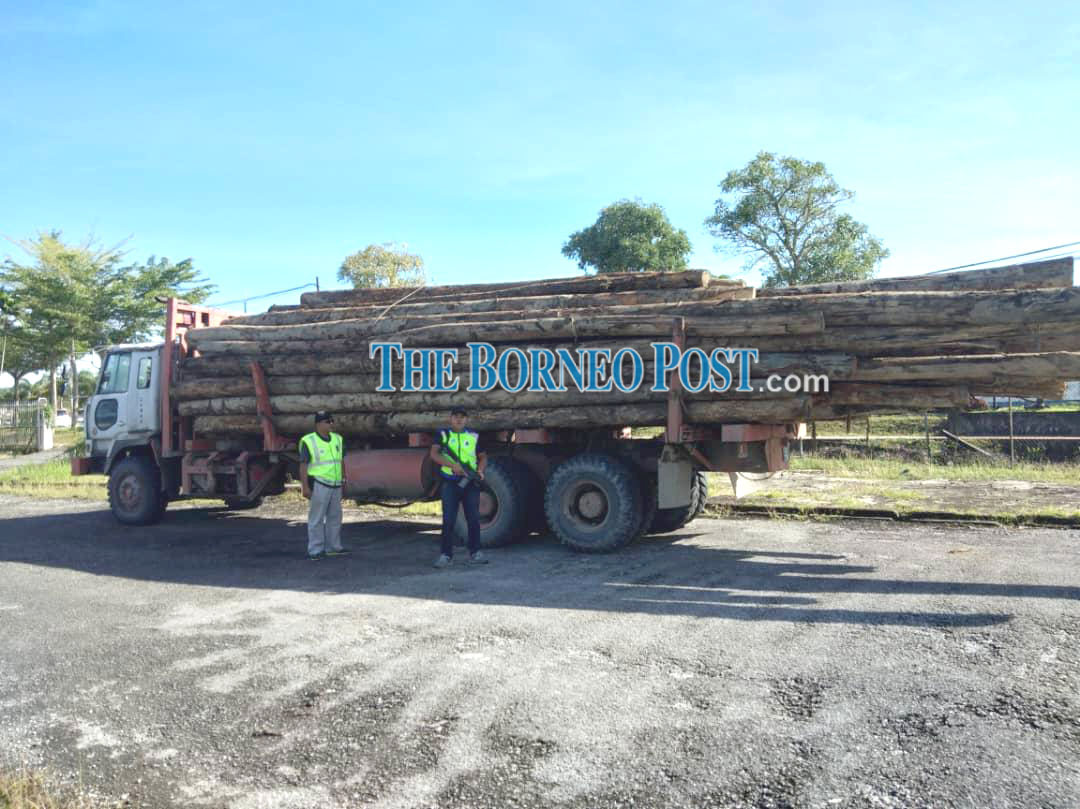 The trailer laden with logs without Forest Department stamp or tax marks.

SIBU: Marine police (Region 5) have confiscated about 50 timber logs with unpaid royalty and a trailer during ‘Op Landai’ at Mile 40, Sibu-Selangau road on Monday.

According to its commander ACP Shamsol Kassim, they also detained an Indonesian man, 42, after he failed to produce valid documents.

He said his personnel stopped the trailer carrying the logs at 11.15pm (Monday), and after being checked the logs did not have the Forest Department stamp or tax marks.

“We suspected the logs are obtained illegally, which is an offence under Sarawak Forest Ordinance 2015,” he said in a statement received here yesterday.