Wednesday, March 3
You are at:Home»News»JDRPN to formulate longhouse policy in June 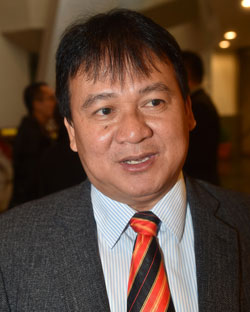 KUCHING: The National Longhouse Policy Committee (JDRPN) will begin to formulate a government policy to boost the standard of living of residents of about 5,000 longhouses in Sarawak.

JDRPN chairman Ali Biju yesterday said the committee, which was set up in July last year, was still at the discussion stage to frame the policy which would also take into account the aspects of social, safety and suitability of the longhouse designs in Sarawak.

‘’This policy is expected to be able to be formulated after the Gawai Dayak festival this June,’’ he told a media conference after becoming a guest of honour on a Radio Television Malaysia (RTM) programme with synergy partner at the RTM Mini Auditorium here.

He said the committee would also seek the views of all interested parties in drawing up the policy which was a federal government initiative that had never been implemented prior to this.

‘’We will analyse the views to shape the policy which would then be submitted to the Ministry of Housing and Local Government for implementation,’’ he said.

Meanwhile, Ali said he was confident the Village Community Management Council (MPKK) led by Pakatan Harapan since taking over the government would be accepted by more people in the rural areas of Sarawak after they came to realise its benefits.

He said efforts should be continued to explain the role of the MPKK to the communities to enable it to be established voluntarily in their respective areas.

“The MPKK cannot be forcibly set up and its purpose is simply to help the community in terms of their socio-economy.

To date, he said about 3,000 applications had been received for the establishment of MPKK in the state.

“The numbers have already exceeded half of the 5,900 longhouses and villages in Sarawak eligible to form the MPKK, with the first stage of the setting up of MPKK expected to be launched in March,” said Ali, who is Parti Keadilan Rakyat (PKR) vice-president and Saratok Member of Parliament. — Bernama

Previous ArticleFact-check news on social media regarding Covid-19, rep reminds
Next Article Give all needed help to workers under quarantine — MP