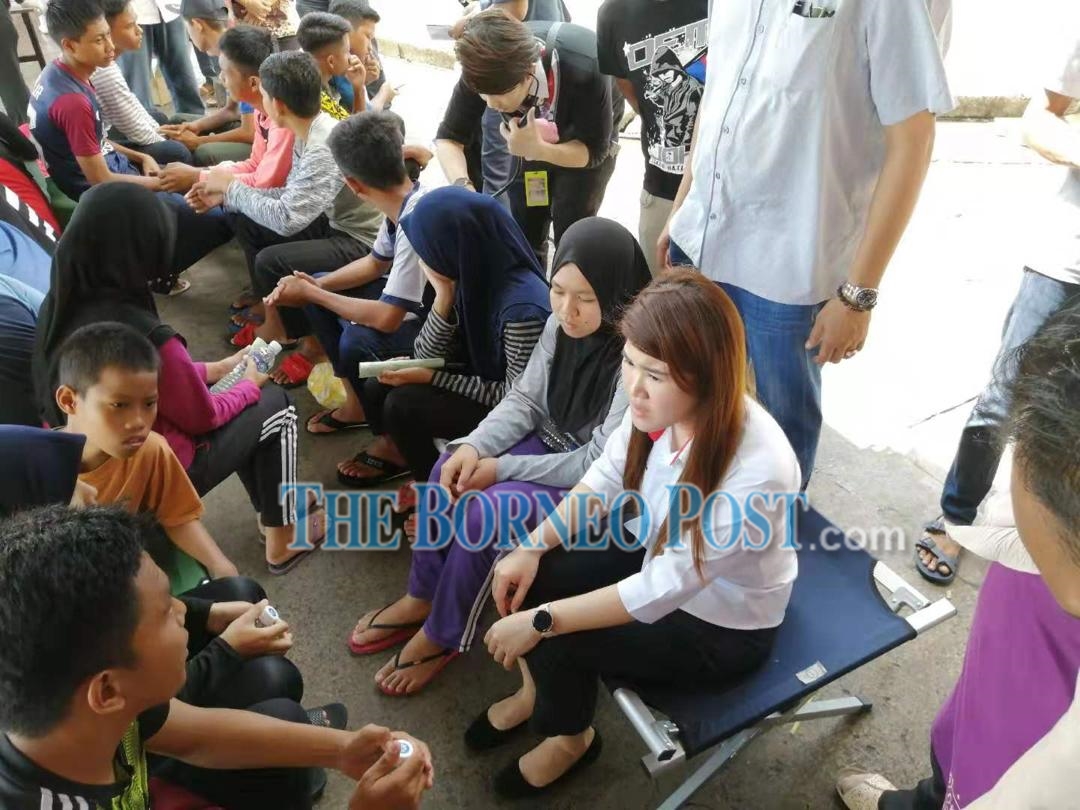 Wong (right) when talking to the survivors of the crash.

SANDAKAN: A passenger boat carrying 37 passengers, including 28 secondary school students and nine civilians has crashed and sunk after it hit a boat that was being towed near Kampung Tanjung Aru waters here, at around 6am, today.

A 40-year-old General Operations Force (GOF) personnel, Asman Ongkal, who was on the same boat is the only victim still missing.

According to early report from the Malaysian Maritime Enforcement Agency Sandakan Zone, a total of 15 victims were sent to Hospital Duchess of Kent for medical treatment, and three of them are reported to be in critical condition including the boat operator and two students.

Some of the victims claimed that Asman was the one who risked his life to save them when they were struggling in the water.

His wife and other family members are currently waiting at the Sandakan Central Market jetty while the search and rescue (SAR) operation is actively taking place. 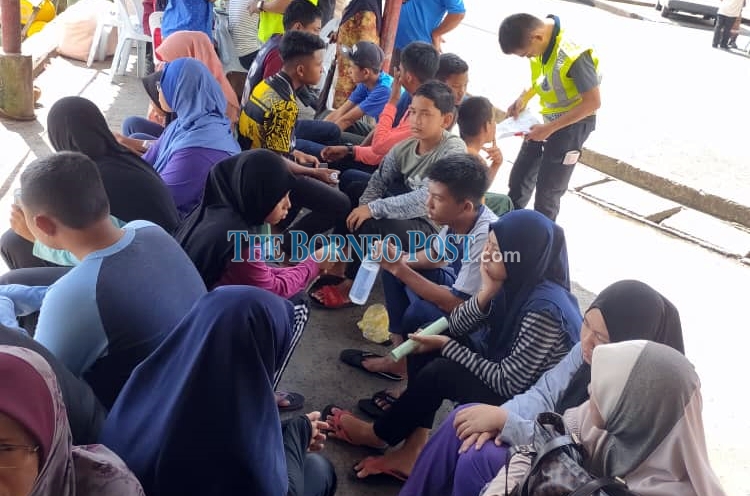 Among victims who were on the boat today.

“A big towing boat was towing a smaller boat. The incident happened at around 6am and it was still dark. The smaller boat did not have its light on, so the passenger boat has hit the smaller boat that was being towed by the towing boat,” he explained.

The SAR operation involves two miles radius from the scene, which is about two miles from Sandakan Central Market Jetty.

The students who were involved in the accident are from Sekolah Menengah Kebangsaan (SMK) Sandakan, SMK Tiong Hua, and SMK Datuk Pangiran Galpam. A total of 18 of the passengers were male and 19 were female. No child was involved in the incident.

Sandakan district police Chief, ACP Mohd Azhar Hamin noted that the cause of the accident is still under investigation.

She said that many victims told her that they were saved by Asman.

“I am deeply saddened by the incident. The victim (Asman) has risked his life to save the others, and now he is still missing. I know that the personnel involved in the SAR are trying their best; I hope that the victim would be found as soon as possible,” she said.

Wong said that while the cause of the accident is still under investigation, she would look into the possibility that the passenger boat was overloaded.

“If the investigation finds that the boat was overloaded, I will talk to the MPS (Sandakan Municipal Council) Enforcement Unit for them to act on this issue immediately,” she stressed.