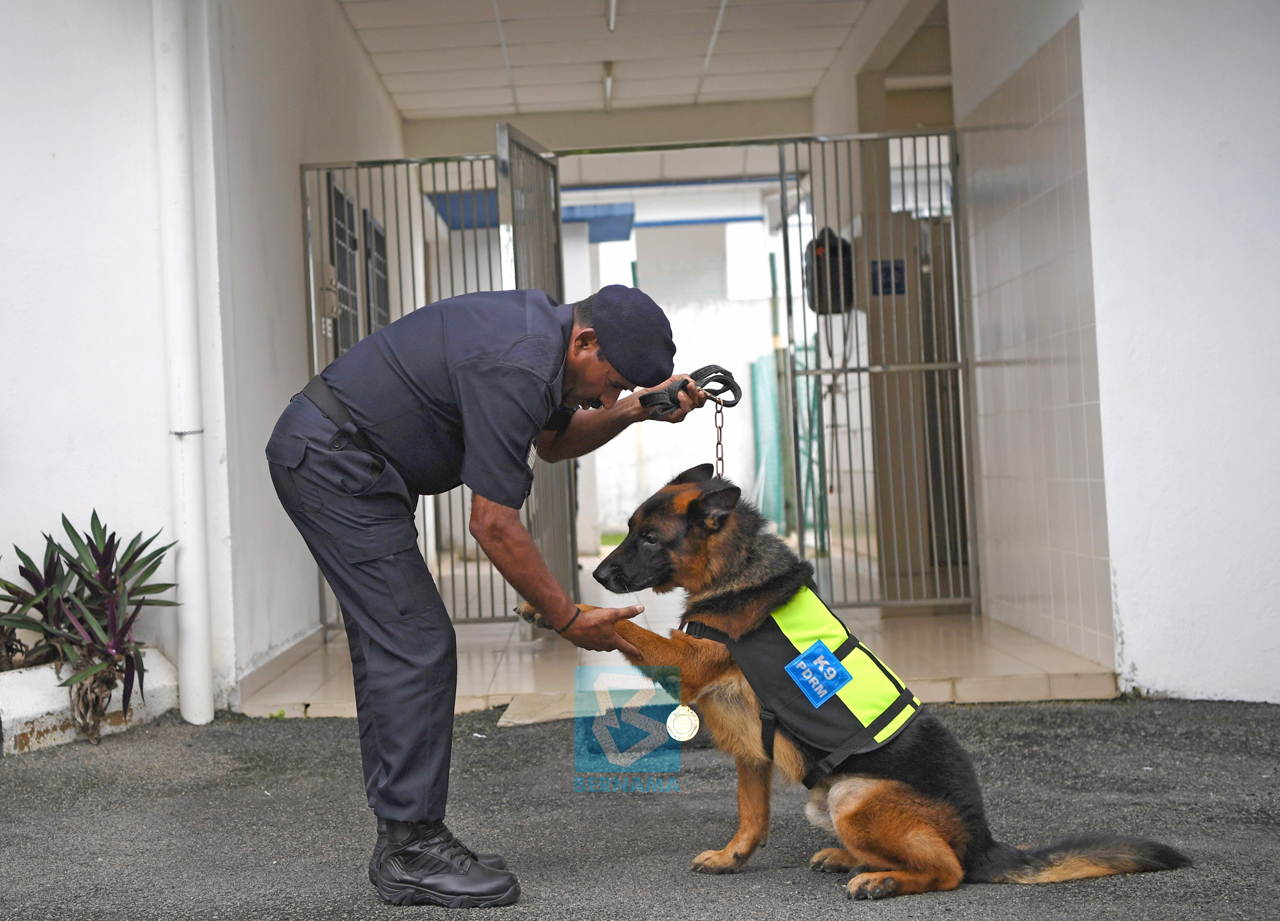 KUANTAN: A German Shepherd has made history as the first dog to receive the ‘Jasamu Dikenang’ (appreciation) award for the Pahang police contingent.

At the ceremony, Mohd Yusri Hassan presented the medal to Lao Wu’s trainer, Sergeant S. Sanmugam, who put it around the dog’s neck.

Sanmugam said the five-years and eight-months-old Lao Wu received the award for tracking down a vehicle theft suspect who had fled more than four kilometres at an oil palm plantation in Felda Sungai Tekam, Jerantut, near here, on Nov 14, last year.

Earlier, police had shot the suspect in the leg while trying to flee during ‘Ops Lejang’ in the area.

“We began the search operation for the suspect who was believed to have been injured at 1.45 am and just 50 metres from the starting spot, Lao Wu found a blood-stained T-shirt left behind by the suspect after wiping the blood on his leg. “

Lao Wu was so eager to look for the suspect that I was left behind as I tripped and fell twice due to the dark surroundings and uneven ground before we reached a house in the plantation,” he said.

“The owner of the house said an injured man had come for help but fled when he wanted to contact the police,” he told Bernama when met at Pahang police contingent headquarters K9 unit, here yesterday.

Sanmugam said Lao Wu then took them back to the oil palm plantation until they spotted the river around 4 am, and Lao Wu’s actions to cross the river led them to believe the suspect had been there.

The assumption was correct because the ongoing operation across the river at 6 am, found bloodstains near the river besides the dog had also several times exited the plantation to the road nearby before returning to the plantation.

“Lao Wu continued to guide us to a house there and eventually the suspect was found in the backyard around 10.45 am in a weak condition and begged me not to let go of the dog.

“The suspect admitted to have gone to the road several times, waiting for his friend to come and pick him up but had to go back to the plantation because his friend had not showed up,” said Sanmugam.

He said he has handled Lao Wu, which was acquired from China, since 2015 and it was his fourth detective dog in 29 years of service with the K9 unit. — Bernama