Tuesday, October 19
You are at:Home»News»Sarawak»300 fire extinguishers from federal govt for northern S’wak 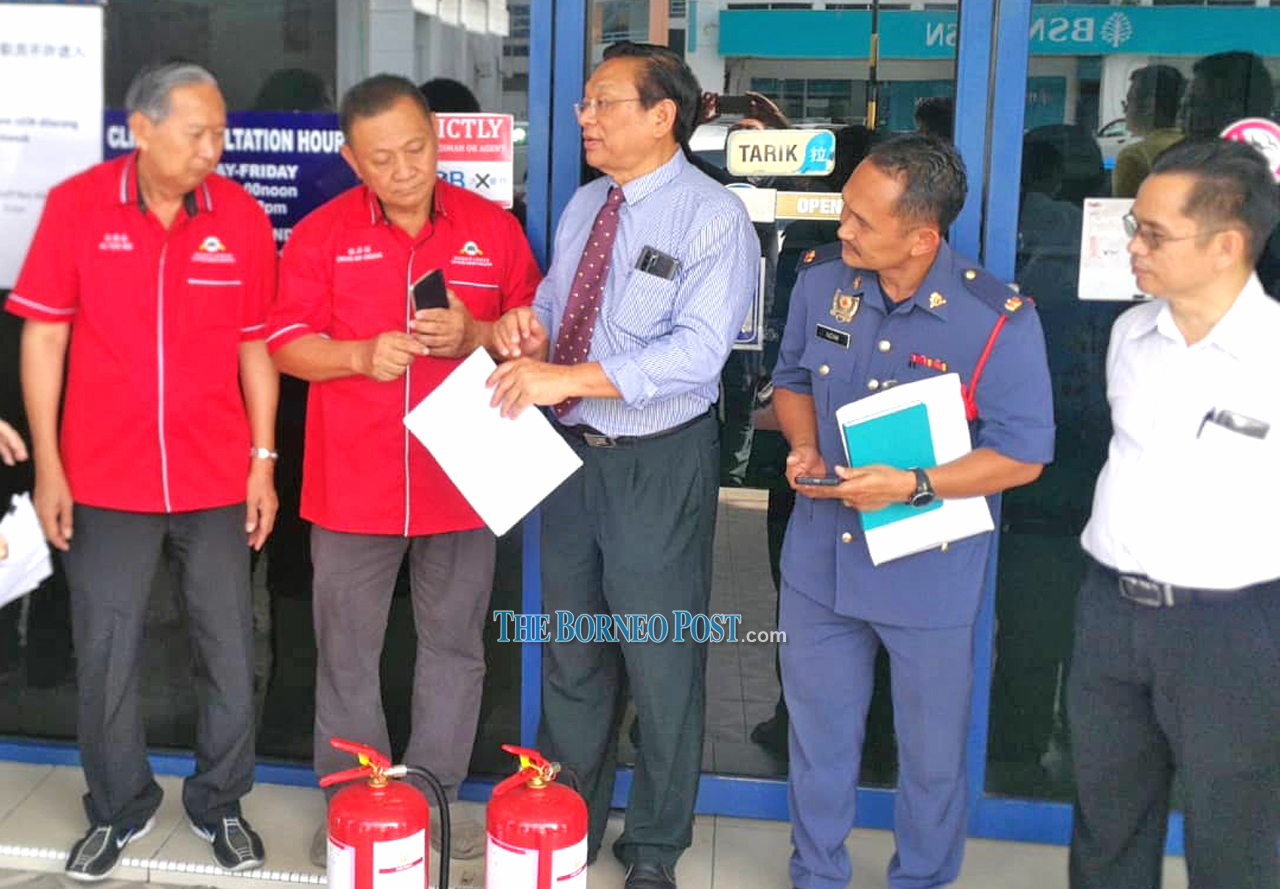 Dr Teo (centre) hands over the cheque and fire extinguishers to Miri United Hawkers Association for distribution to eight markets in the city.

MIRI: Miri MP Dr Michael Teo Yu Keng will be helping to distribute 300 fire extinguishers from the federal government to longhouses and other target groups to boost fire-fighting capacity in northern Sarawak.

Yesterday, he handed over 30 fire extinguishers and a RM10,000 cheque to Miri United Hawkers Association.

The fire extinguishers will be placed at eight markets in Miri business district, Krokop, Lutong and Taman Tunku.

These extinguishers are part of the 1,000 units pledged earlier by Minister of Housing and Local Government Zuraida Kamaruddin for distribution throughout Sarawak due to the high frequency of longhouse fires in the state, averaging one every month.

“More extinguishers are needed as there are 4,500 longhouses and villages in Sarawak, and ideally there should be at least two in each longhouse,” he said.

Explaining the rationale of placing fire extinguishers in the markets, he said this is to address the unavailability of emergency response equipment in case of fire breaking out in or around these public areas Dr Teo said he was saddened to learn on Facebook of incidents of fires destroying vehicles or other properties in public places, and believed they could have been prevented if they were extinguished without delay.

He said the fire extinguishers were an initiative of his service centre to prevent the loss of property and life in longhouses caused by fire.

On July 26 last year, villagers used nine extinguishers to save a 74-door Long Ikang longhouse in Baram from being razed to the ground in an early morning fire which was put out before it could spread beyond three adjoining kitchens.

Previous ArticleHuge potential in new collar jobs for Malaysians
Next Article More than 100,000 new jobs created in the private sector in 2019