Thursday, August 13
You are at:Home»News»Chong appoints ousted Pujut rep as his political secretary 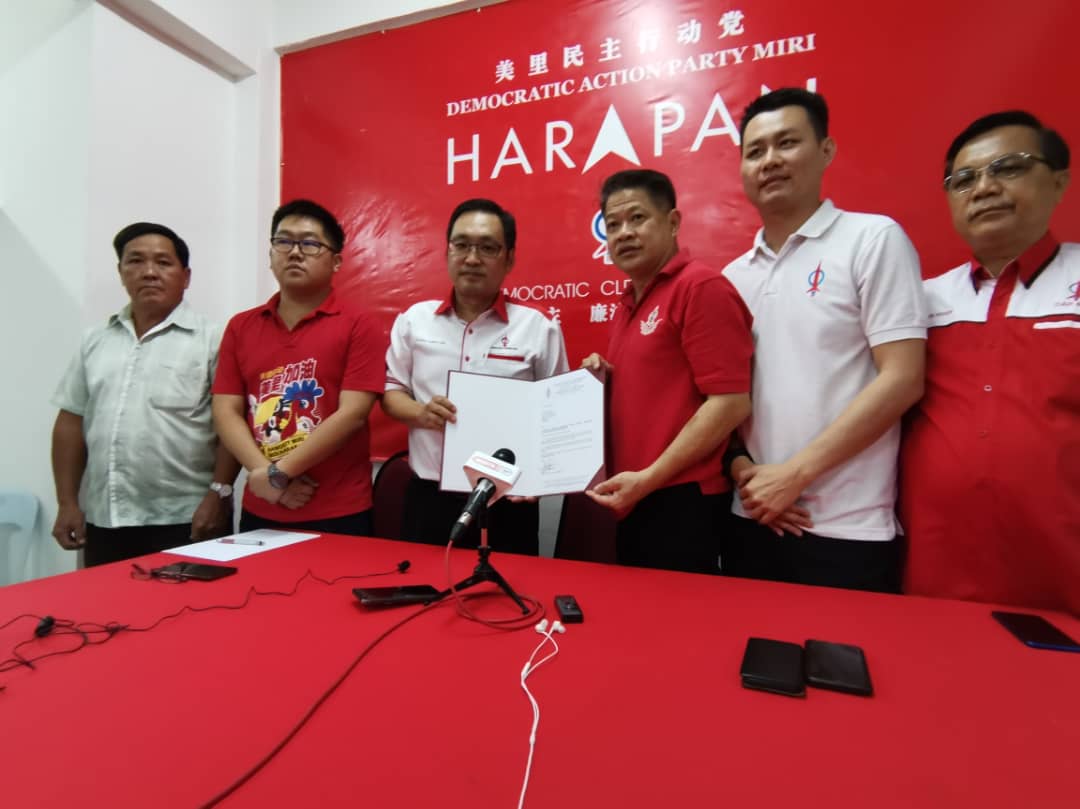 Chong handing over the appointment letter to Dr Ting as Alan and others watch on.

MIRI: Sarawak Democratic Action Party (DAP) chairman Chong Chieng Jen has appointed Dr Ting Tiong Choon as his political secretary to continue serving the people of Pujut and the party until the expiry of the current term of the State Legislative Assembly (DUN).

The appointment is with immediate effect from today, Chong announced at a press conference at the DAP Pujut Service Centre.

Dr Ting was elected the Pujut assemblyman in the 2016 state polls.

However, the Federal Court had decided on Tuesday to uphold a motion passed by DUN to disqualify Dr Ting as a member over his dual citizenship despite his renouncing it before contesting in the state election.

Chong, who is also Sarawak Pakatan Harapan chairman, said Dr Ting will not receive a salary for his continued service to Pujut.

“He will have to look for a part time job to help sustain this, but that is a very responsible person who continues to serve despite being disqualified as an assemblyman,” said Chong.

He said Dr Ting has served the people and attended all DUN sittings in the past three years and had rightfully earned the salary of an assemblyman.

The party will contest the demand if it materialises, said Chong.

Asfia had told a press conference after the court decision that he would direct the assembly’s Secretary, Pele Peter Tinggom, to write to Dr Ting on the reimbursement.

“He (Dr Ting) has never been a lawful representative of Pujut. And as such he should not be receiving salary (as assemblyman). He should reimburse them,” he said.