Tuesday, August 11
You are at:Home»News»‘No druggies detected among Miri cops’ 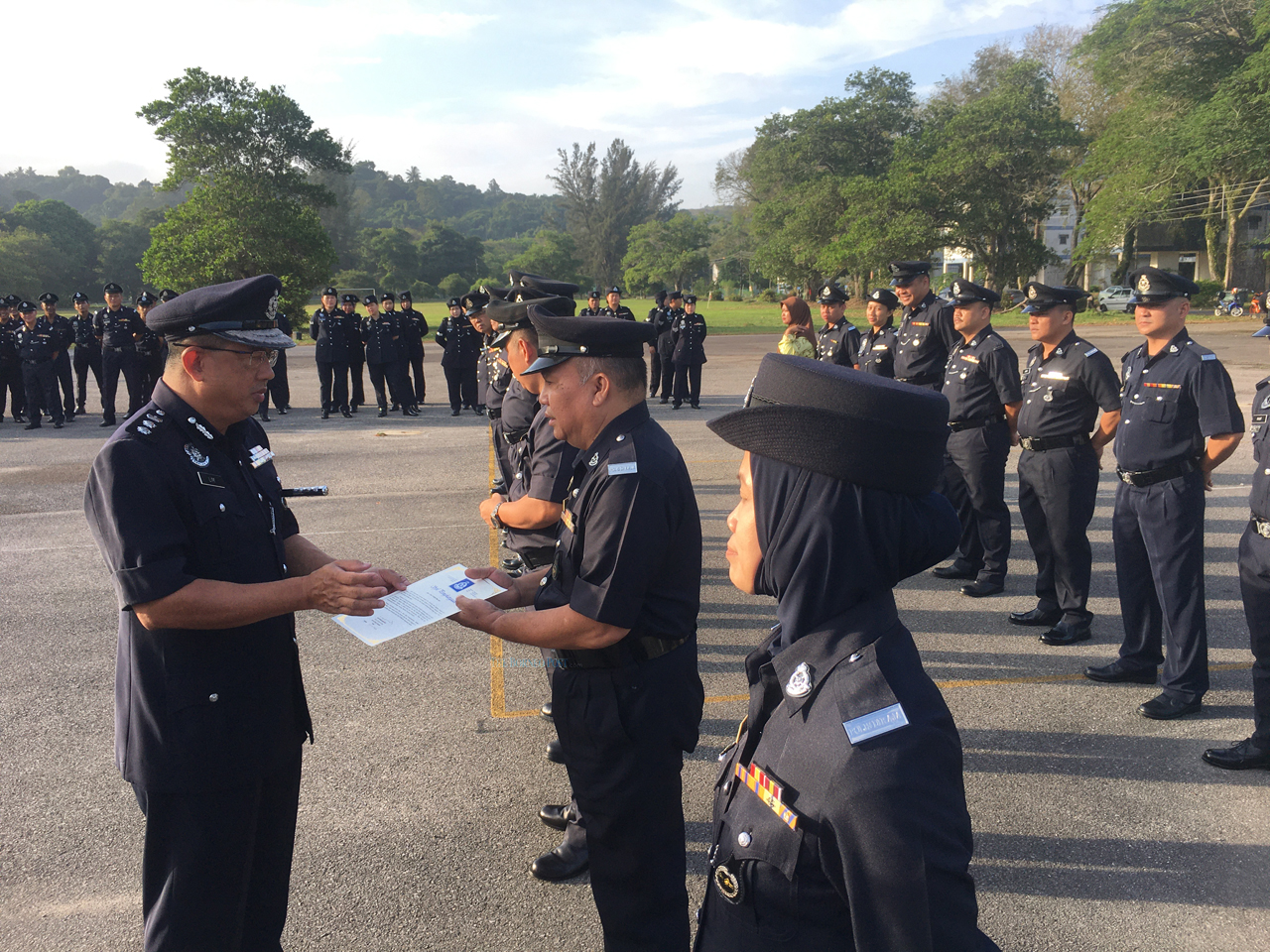 Lim (left) presents a certificate for service excellence during the monthly assembly.

He pointed out that during a meeting in Bukit Aman last December, it was revealed that 444 police personnel nationwide were detained for drug-related offences.

“There are no drug abuse cases among the police personnel members in Miri. However, all PDRM members have been reminded to refrain from drug abuse and there is no compromise on this matter,” he told reporters following a monthly assembly yesterday.

In his speech, Lim said those involved in drugs have tarnished the credibility and image of the police.

“They can be regarded as ‘musuh dalam selimut’ (a snake in the grass), who betrayed the trust that has been entrusted even though warnings were given.

“For this reason, they shall bear the consequences of their own disobedience and offences committed. We should clean up the name of the force first before cleaning up the country’s name,” he said.

“We cannot deny the fact that this serious financial indebtedness will be the root cause for PDRM members to slip away from morality to find other financial resources in the wrong way to meet the increasing cost of living,” he said.

He reiterated that dealing with crime is a collective responsibility, and only by cultivating a good work ethic can such a responsibility be fulfilled more effectively.

“Providing professional and quality service in protecting the country and ensuring a safe environment for the people is the mission of the Royal Malaysia Police. To that end, the force must continue to work together to improve the quality of our service to the community.

“Let us all be determined to improve the performance of Miri police in addressing crime as well as meet other responsibilities and demands that are closely linked to our careers and trust as members of PDRM,” he added.

During the assembly, Lim presented certificates of appreciation to 16 personnel of various ranks for service excellence.

He also pinned ranks on nine personnel who had earned time-based promotions.