Friday, June 5
You are at:Home»News»Sarawak4Sarawakians: ‘We will contest in all major seats in 2021 state election’ 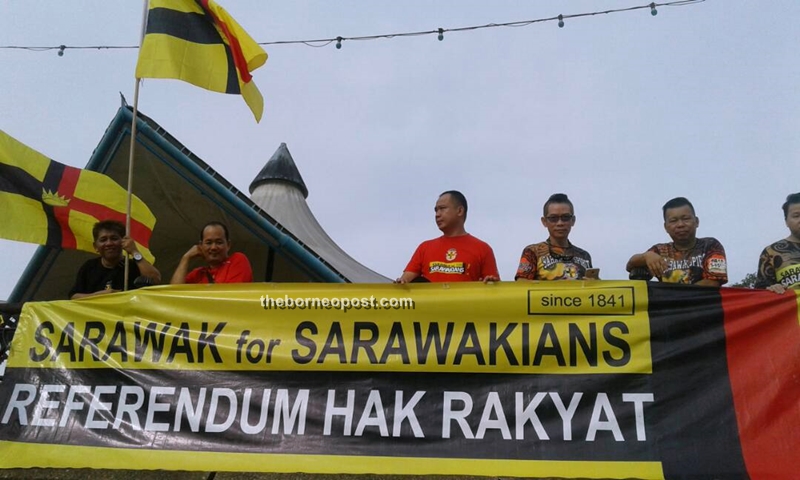 KUCHING: Sarawak4Sarawakians (S4S) announced that they will contest in all major seats in the upcoming state election.

With the theme of Referendum, S4S decided to run major seats in town and rural areas in the upcoming state election, said one of its spokespersons Erick Chin in a statement Friday.

“Our candidates will put focus on Referendum Ordinance and Independence.

“We don’t want to share our revenues with Malaya anymore. Sarawak should develop our own economic and development models,” he said.

The potential list of seats will be revealed soon, with the candidates coming from various professional backgrounds and most of them are young, he added.

However, Chin stressed that all of the candidates will go through a tighter screening process.

“They will take an oath. Once they won the election or seats, they will table the Referendum Ordinance at State Legislative Assembly (DUN).

“Once it is tabled, we will go for Independence Referendum,” he said.

Chin said the decision was made after all of the negotiations and observations regarding the Referendum and others have failed.

“We (have been) waiting for five years for the government and the opposition to bring changes but in the end, nothing happens.

“Every year, the salary of our representatives increased but their duty to Sarawakians seems weak,” he said.

According to Chin, Sarawakians are getting unhappy every day and the need of a Third Force is a must.

“Sarawakians felt that Pakatan Harapan and Gabungan Parti Sarawak (GPS) let them down with continued corruption and unfulfilled promises.

“We believe that Sarawakians are hoping for the Third Force to step into the Sarawak political landscape,” he said.