Saturday, September 19
You are at:Home»News»Veterinary Department of Malaysia acquiring vaccine baits as latest strategy to give anti-rabies vaccine to strays 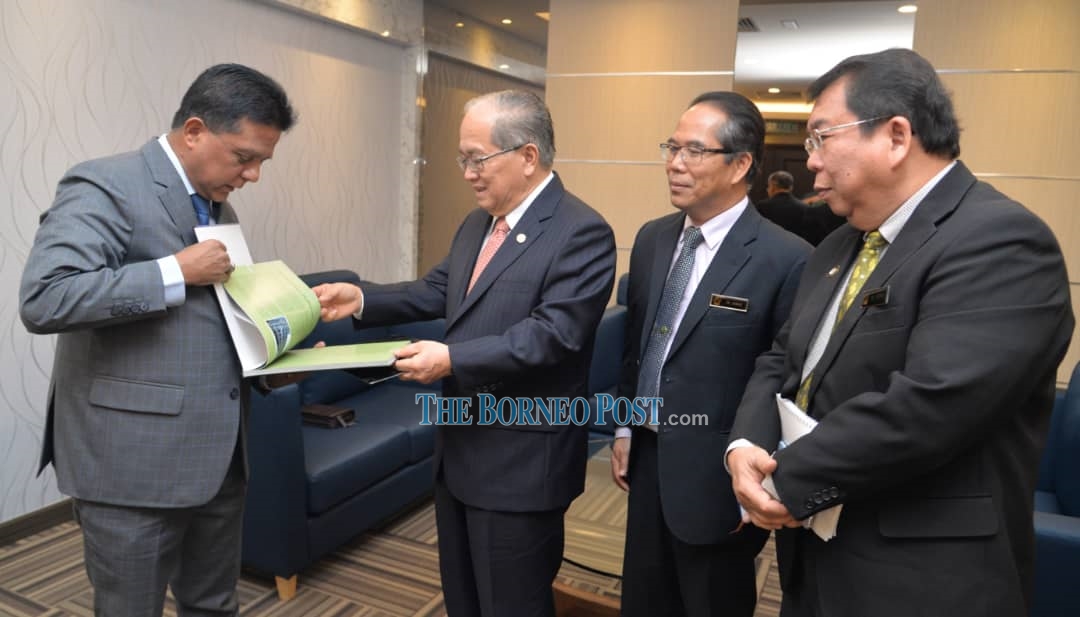 Uggah (second left) with Dr Adrian (second right) and Dr Stephen (right) looking at a book on the Veterinary Department of Malaysia presented to him by Dr. Quaza.

KUCHING: The Veterinary Department of Malaysia is in the process of acquiring vaccine baits as the latest strategy to give anti-rabies vaccine to stray dogs.

“We want to use this in areas with many stray dogs and those hard-to-go-to areas.

“We will use it alongside existing strategies in the ongoing anti rabies operation.

“We are already in the process of buying these vaccine baits,” he said during a courtesy call on deputy chief minister Datuk Amar Douglas Uggah at his office here Friday.

Dr Quaza said the department will then conduct a study to see its impacts, how it can affect the dog immunisation and so forth.

He said Sarawak was doing well on combating the rabies outbreak.

He assured of continued support from his department in the fight.

Meanwhile Dr.Quaza also praised the state in its ongoing plan to aggresively increase its cattle population in its effort to boost its beef production.

He described this as “a step in the right direction and the way to move forward.”

Uggah, who is also the Minister of Agriculture Modernisation, Native Land and Regional Development had earlier explained to him of the plan.

“We still have plenty of land and there is always huge demand for meat. Sarawak is free of the Foot and Mouth Disease.

“Toward this end, we are getting our land development authority like Sarawak Land Consolidation and Rehabilitation Authority (SALCRA) and big oil palm companies like Ta Ann, Rimbunan Hijau and Dafa to integrate cattle breeding in their plantations,” he said.

Uggah said SALCRA had started with about 3,000 heads in a few of its estates.

“The projection is for it to produce 1,000 calves per year which we will further distribute to others interested,” he said.

Dr.Quaza is retiring soon after more than 36 years in service.

He was accompanied by the State Veterinary Services Director Dr.Adrian Susin and his deputy Dr.Stephen Gabriel during the visit.