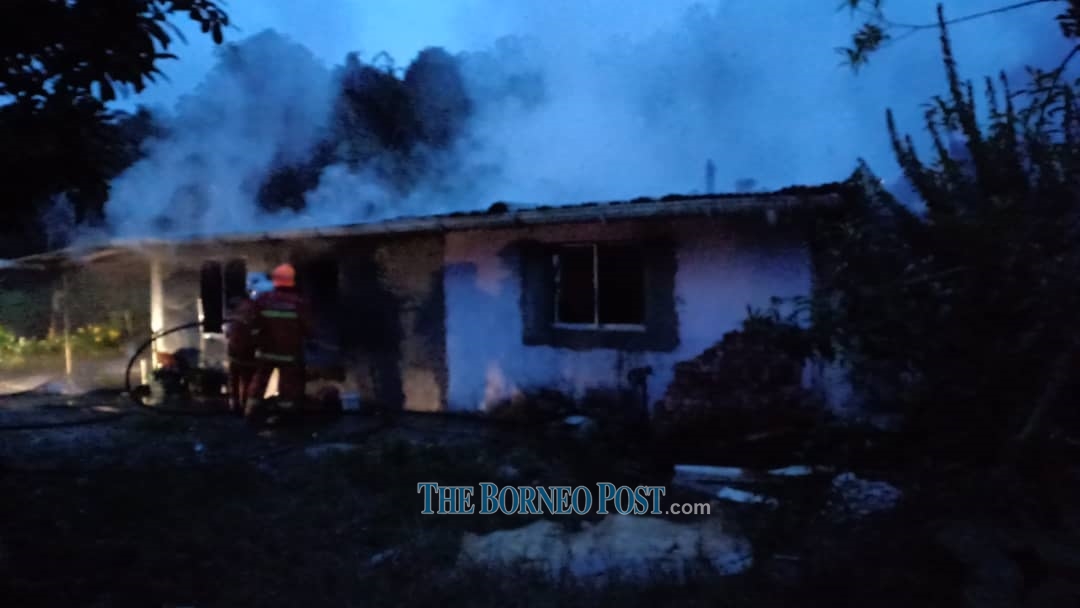 The house which was 70 per cent destroyed by the fire.

KUCHING: A single-storey house at Kampung Mundai, Padawan was 70 per cent destroyed in a fire that broke out around 6.30pm yesterday (Feb 14).

The Fire and Rescue Department (Bomba) said that no lives were lost in the incident, as the seven residents of the house, estimated to be about 11 square metres, were not at home during the time of the fire.

At the scene were firefighters from the Siburan fire station, who were assisted by Bomba volunteers from Kampung Simpok.

The fire was put under control at 7.18pm and the operation ended at 9pm.

The cause of the fire is still under investigation.

Previous ArticleCovid-19: Death toll mounts in China
Next Article Covid-19: Over 25,000 doctors from all over China converge in Hubei to fight outbreak