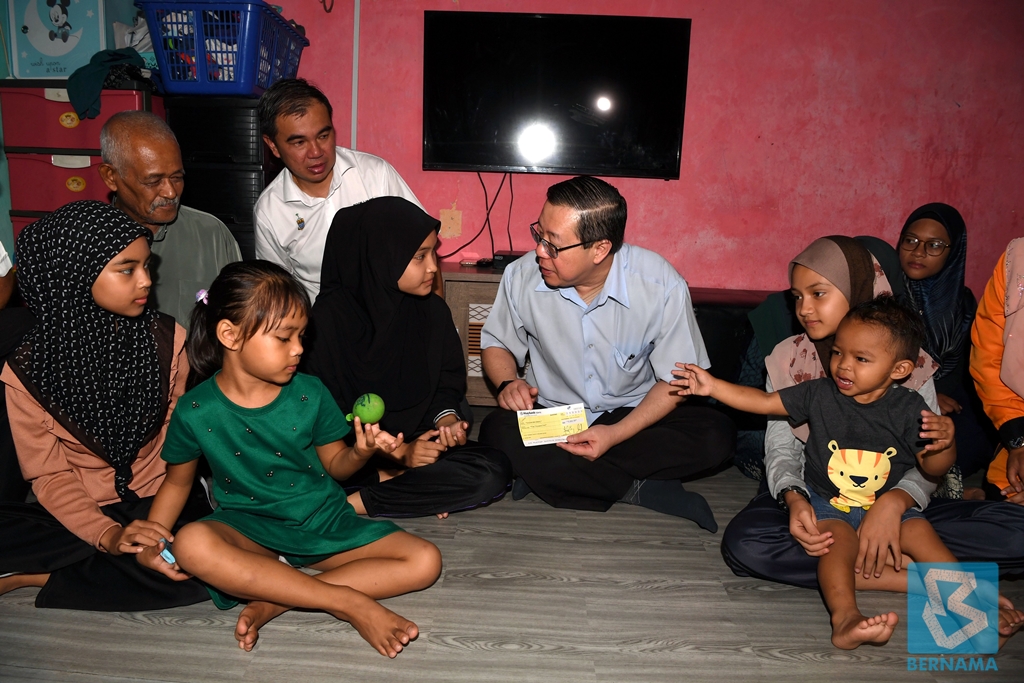 BUTTERWORTH: The government is studying and amending the penalty for motorists found guilty for driving under the influence of alcohol and drugs, as well as for dangerous driving, causing death, with a fine of up to RM100,000, said Finance Minister Lim Guan Eng.

He said besides the fine, the jail sentence for the offender will be increased to 20 years from the current 10 years.

“The government is looking at amending the penalty under Section 41 (of the Road Transport Act 1987) for those who cause accidents leading to death due to driving in a drunken state,” he said.

Lim was speaking to reporters after visiting five children in a family whose father,  Khairizul Mohamad Noor, 39, died in an accident involving a motorist who was believed to have been drunk on Sunday at their family home in Jalan Hj Mohd Saad, near Bagan Jermal, here today.

He said currently, the penalty was a jail sentence of up to 10 years and fine up to RM20,000, so the amendment to the law was necessary because of the high number of deaths from road accidents.

He added that although the rate of fatal accidents had gone down, he urged the public to cooperate to bring down it down further.

Earlier, Lim who is also Member of Parliament for Bagan presented the five children with a donation of RM5,000.

“The state government and agencies, including the Welfare Department, as well as the Bagan Parliamentary constituency office, had donated to this family, and I convey my condolences to them and hope their mother regains consciousness and recovers soon. We will continue to help this family,” he said.

In the accident at 5 a.m on Feb 9,  Khairizul died at the scene while his wife, Zuriana Hasan, 36, was seriously injured and is in a coma at the Seberang Jaya Hospital.

In the accident, a car driven by a man believed to have been drunk crashed into the motorcycle the couple were riding on at Kilometer 140.2  of the North South Expressway heading north, at the Bukit Mertajam exit to Perai. — Bernama