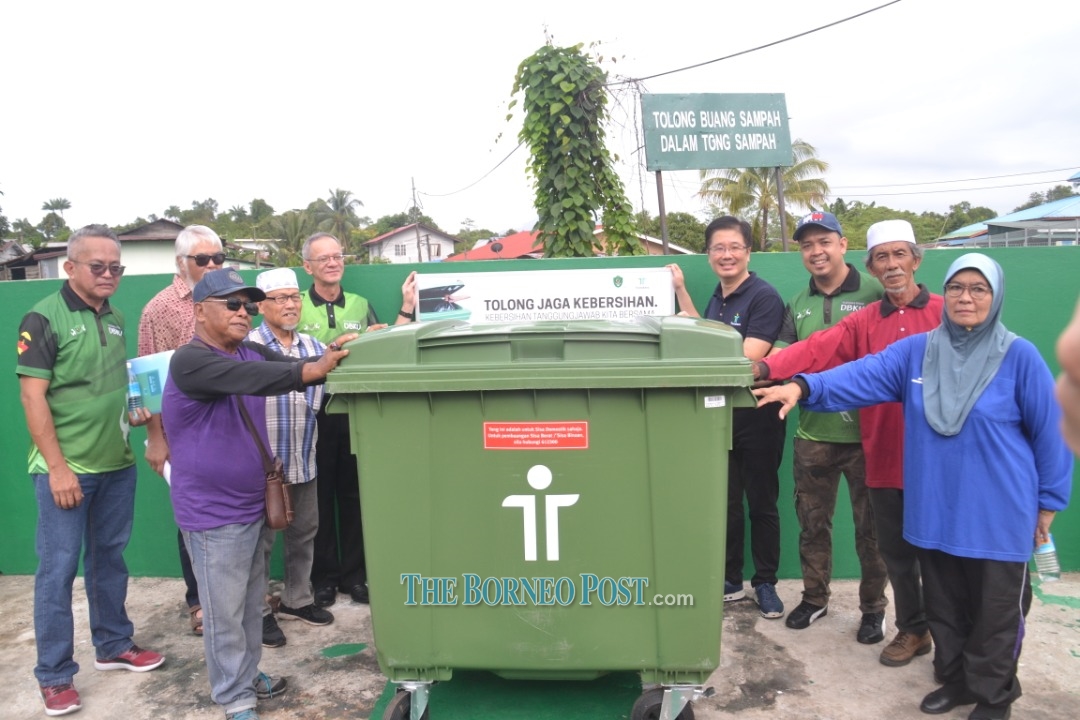 KUCHING: The Kuching North City Commission (DBKU) deems that the rate of vandalism and indiscriminate dumping of rubbish in areas under its jurisdiction is ‘quite high’.

Citing broken bins as one of the acts of vandalism, Kuching North Datuk Bandar Datu Junaidi Reduan expressed his concern that the rate was heading towards an alarming level.

Although he was unable to disclose further details on the estimated losses, he asserted that the commission is working with waste management company Trienekens (Sarawak) Sdn Bhd and villagers in an effort to minimise them.

“If we look at the rubbish bins, we can see that a lot of them are broken. That is why we are liaising with Trienekens to replace the bins,” he said when speaking to reporters after launching the Bin Centre Beautification pilot project in Kampung Gita Baru here today.

The project was done in collaboration between DBKU, Trienekens and the community under the commission’s jurisdiction to beautify and improve the current condition of bin centres.

Meanwhile, a press release by Trienekens stated that the beautification and improvement of the bin centre in the village aimed to encourage the surrounding community to take ownership and work together to take better care of their bin centres.

Junaidi asserted that the programme is also part of the commission’s effort to curb vandalism in the area.

“Through this project, we can see how DBKU, Trienekens who is our agent for rubbish collection and the villagers here can work together to reduce the rubbish and vandalism problem here.

“As I said, it is everybody’s responsibility to ensure cleanliness in their respective areas,” he said.