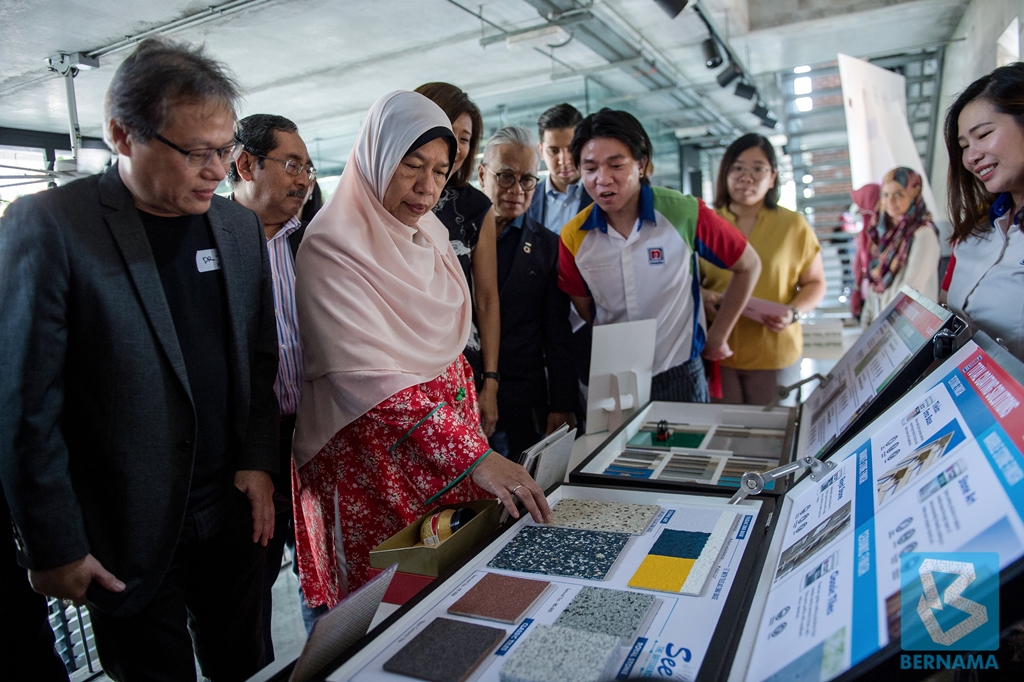 Housing and Local Government Minister Zuraida Kamaruddin visits a booth during the opening ceremony of the Kuala Lumpur Architecture Festival (KLAF) 2020 at the Malaysian Institute of Architects today. – Bernama photo

KUALA LUMPUR: The National Institute of Occupational Safety and Health (NIOSH) today started an investigation into the partial collapse of a 37-storey condominium under construction in Taman Desa, Jalan Klang Lama yesterday.

“Until the investigation is completed, it is too early to know whether there was a violation of the standard operating procedure (SOP) in the incident.

“The preliminary information revealed that there was no issue with the land, it should be ready in 54 months, all is in order,” she told a press conference after opening the Kuala Lumpur Architecture Festival 2020 (KLAF2020) here.

Zuraida said the investigation is expected to take about a month, but the ministry will ask NIOSH to expedite it.

In the incident, two Bangladesh nationals were reported to be trapped on the first level after the floor of the parking area on the sixth level collapsed during heavy rain at 3.30 pm

The first victim was rescued at 5.15 pm while the second at 9.40 pm. Both were taken to the Kuala Lumpur Hospital for treatment.

Zuraida said a meeting between the ministry, NIOSH and Kuala Lumpur City Council would be held this Monday to review the incident.

Meanwhile, NIOSH in a statement said it had left it to the authorities to conduct an investigation to determine the cause of the incident.

“Employers and workers have responsibilities in ensuring a safe and healthy workplace. Safe working procedures as well as use of quality materials are essential in maintaining safety and preventing workplace accidents,” it said.

NIOSH is confident that the authorities such as the Construction Industry Development Board (CIDB) and the Department of Occupational Safety and Health (DOSH) would ensure a thorough investigation and stern action would be taken against those found guilty or negligent, it added. — Bernama