Wednesday, March 3
You are at:Home»Features»Life, living, and leaving 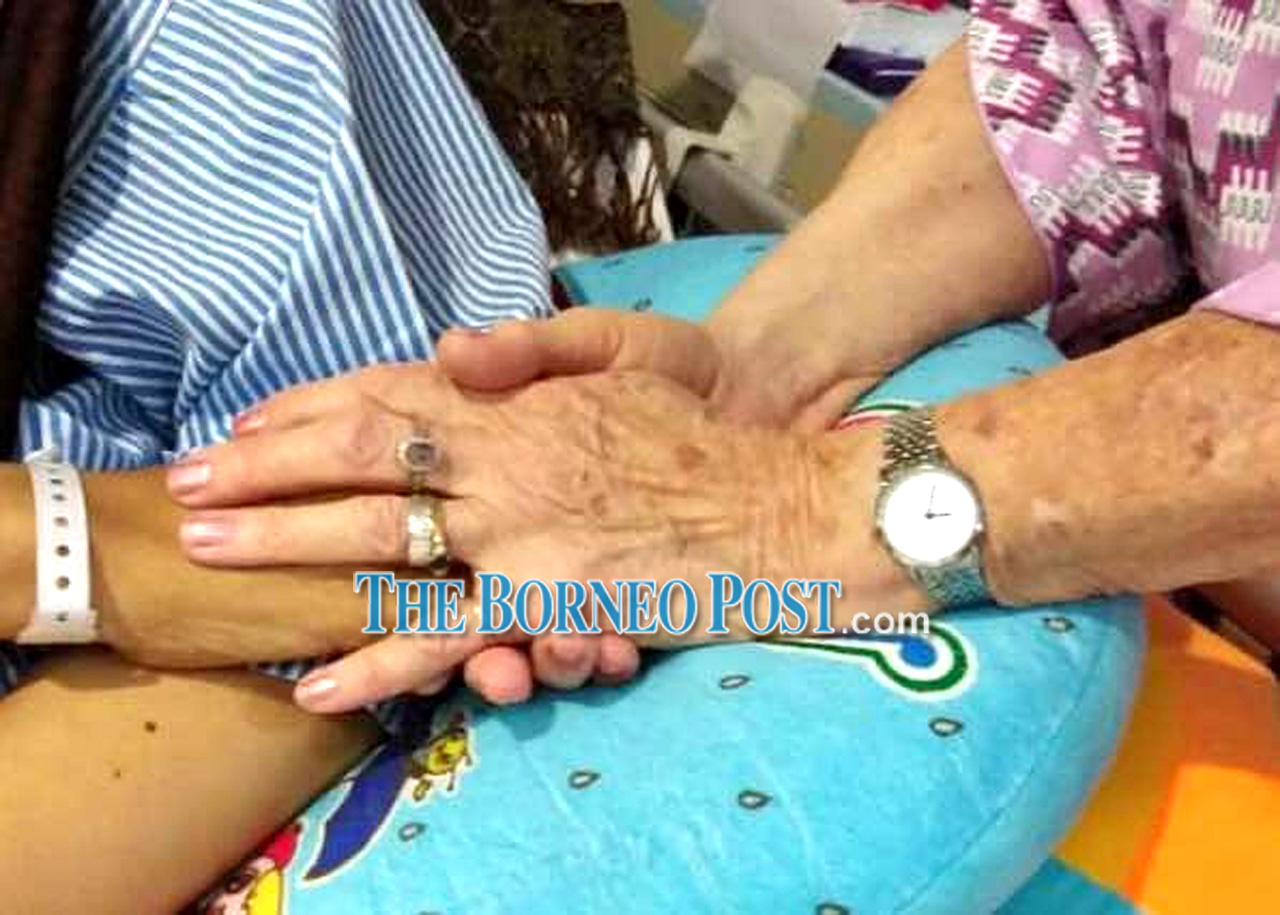 A beautiful lie, a painful truth

MODERN medicine has achieved wonders as illnesses and diseases have become better understood and the ability to prolong life has advanced significantly over the centuries.

Breakthroughs in branches of research have yielded an array of treatments, including insulin and antibiotics which have saved countless lives.

What could only be dreamt of decades ago is becoming reality and on-going areas of research in stem cells, immunotherapies, artificial intelligence, and epigenetics herald much promise for future development.

We are living longer – the average life expectancy in Malaysia has increased by over a decade since the 1960s to the ripe age of 76 in 2019.

Despite the progress and innovation, the age-old problem of death remains an absolute certainty in life. There were 172,031 deaths in Malaysia in 2019, according to the National Department of Statistics. That equates to a death every three minutes, 20 deaths every hour, and 472 deaths every day.

The truth is we are all dying from the day we are born, and whether newborn, elderly or at an age between these milestones, it will happen to everyone.

One day spent is one day less of the grand total we may have. When viewed from that perspective, every day should matter and be lived to the fullest.

Dying used to take place in homes and was a familiar event in the distant past. People knew how to deal with issues of life and death as it was more frequently witnessed.

Seniors were better equipped with wisdom and experience, having lived through losses themselves while being prepared and guided by their own elders at the time.

Nowadays, it is often a taboo rarely raised in conversation and discussion.

In 2017, over 50 per cent of deaths in Malaysia were medically certified, suggesting a greater number were taking place in hospitals and institutional care as opposed to home.

A needs analysis showed 61 per cent of Malaysians would prefer to die at home and only 6 per cent wished their end of life care to be in hospital.

The only thing worse than dying is dying badly and it is imperative to improve care at the end of life with only one chance to get it right.

Palliative care developed as a field through the efforts of pioneers after the mid-20th century. The late Dame Cicely Saunders founded the modern hospice movement, having been moved to action after witnessing the uncontrolled suffering in dying cancer patients.

Pain was widespread due to fears of using morphine among the medical community. Distressing symptoms such as breathlessness, vomiting, and fear were unaddressed.

Healthcare professionals were at a loss as to how to care for people when disease could no longer be cured or controlled as treatment of disease was often their primary aim.

Patients were told nothing more could be done and were advised to go home, effectively being abandoned by the healthcare service when they most needed it for guidance and support. 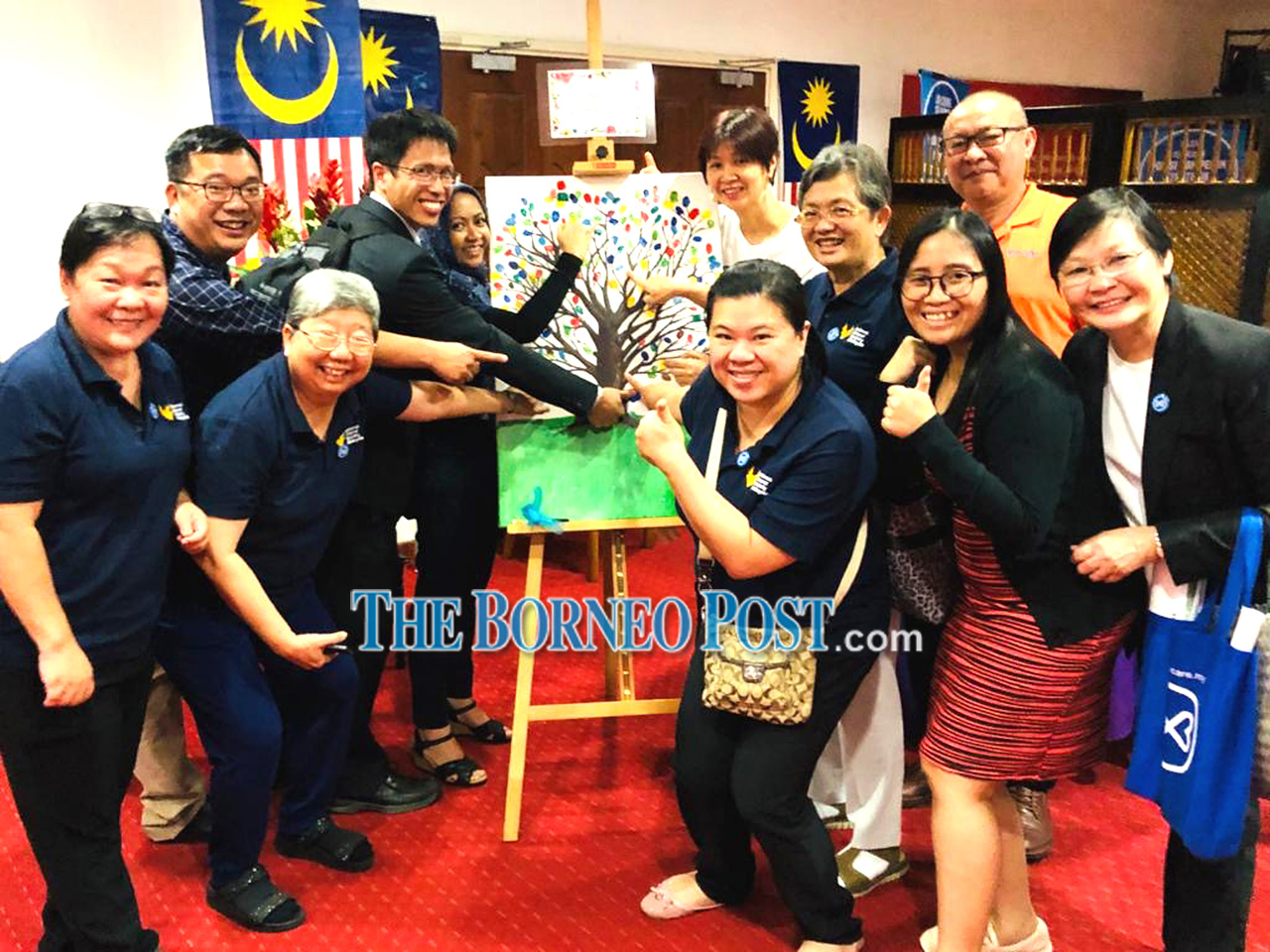 Dr Lam (fourth left) with members of the National Cancer Society (Sarawak Branch) at the launch of the National Strategy for Palliative Care in Malaysia at Selayang Hospital, Kuala Lumpur on Nov 6, 2019.

The noun palliative is derived from the Latin palliare which means ‘to cloak’ and palliative care seeks to cover or alleviate distress and suffering when illness is incurable.

Palliative care is defined by the World Health Organisation as “an approach that improves the quality of life of patients and their families facing the problem associated with life-threatening illness, through the prevention and relief of suffering by means of early identification and impeccable assessment and treatment of pain and other problems, physical, psychosocial and spiritual”.

Palliative care supports not just the patients but also the people important to them in helping navigate the uncertainty faced when life is threatened by incurable illness.

Cancer was the archetype illness from which palliative care first evolved but palliative care is equally relevant to other illnesses such as end stage organ failure (eg heart, lung, liver, kidney), degenerative conditions (eg dementia, motor neurone disease) and many others.

In some instances, non-cancer has a poorer prognosis than cancer and can be associated with a greater symptom severity. Besides adults, palliative care is also needed for children as they are not spared serious life-limiting illnesses.

The involvement of palliative care services as part of care is sometimes feared as being a harbinger of the end. While palliative care does deal with dying, this misconception is far from the truth.

A landmark publication in the New England Journal of Medicine in 2010 found that early palliative care involvement at the point of diagnosis of a group of patients with Stage IV lung cancer, was associated with an improved quality of life, reduced depression and a significantly longer survival period compared to standard care.

The approach to care aims to foster hope instead of hopelessness and maximise living instead of hastening the end.

Palliative care practitioners seek to work with patients and families, recognising the uniqueness of each patient, and tailoring management to the individual.

This is achieved through the holistic assessments of needs and the management of distressing symptoms that impair a person’s quality of life.

Alongside this, honest and open communication is fundamental to explore concerns, issues, fears, hopes, and wishes in building trust and relationships.

In better understanding the person, his or her values and expectations, decision-making may be better supported, and advance care plans may be prepared for future events to ensure patients are cared for in a manner aligned with their wishes and values.

Care should aim to prolong life as far as possible – desirably, a life with meaning, quality, dignity, well-being, and where personhood is respected and not at the cost of degrading or inhumane treatment where treatments inflict greater suffering in the quest for longevity.

Patients suffer, not just in the body but also in the mind and the spirit, as do their loved ones. In recognising that needs are often manifold, palliative care is ideally delivered by a multi-disciplinary team, comprising doctors, nurses, physiotherapists, occupational therapists, social workers, psychologists, dieticians, faith workers, complementary therapists, volunteers and others who bring a broad range of skillsets to address the patient’s and family’s needs.

Recognising that teams can be stronger than the sum of their individual parts, palliative care services are more effective through the united efforts of all in helping people find meaning and purpose in their plight.

In Malaysia, palliative care is normally delivered in two main settings – at home or in care institutions such as hospitals or dedicated care facilities.

Presently, most palliative care services are localised to urban centres and there is an urgent need to improve equitable access to the rural population.

There are 29 not-for-profit hospice organisations in Malaysia who run homecare services, delivering care at home by conducting home visits as the majority of patients would prefer to be cared for in the comfort of their own home (53 per cent) as opposed to hospital (22 per cent).

In instances where needs cannot be managed in the home setting, palliative care may also be accessed in hospitals.

There are also two dedicated care facilities with in-patient beds. However, these are only available in Penang and Johor.

Caring is everyone’s business. It is not and cannot be a task exclusively for the healthcare system or social welfare services. Our public health service and welfare system are struggling to address the current healthcare challenges, notwithstanding the increasing non-communicable disease burden and ageing population to come.

Much public and private sector support and partnership is needed to develop sustainable models of care for the future.

As a civil society, we may be a nation of people of different age, gender, race, language, culture, religion, and socio-economic status but we are also connected and united by a shared humanity.

Mahatma Gandhi once said, “A nation’s greatness is measured by how it treats its weakest members.”

Palliative care is an approach to care. With the right attitude, knowledge and skills, it is an approach that everyone from healthcare and the public can support and apply to varying levels in fostering a caring community.

Compassionate care is greatly needed by the vulnerable people who need it because they matter until the very end.