Monday, August 10
You are at:Home»News»Sarawak police receive boost with unveiling of 35 new vehicles worth over RM5.3 mln 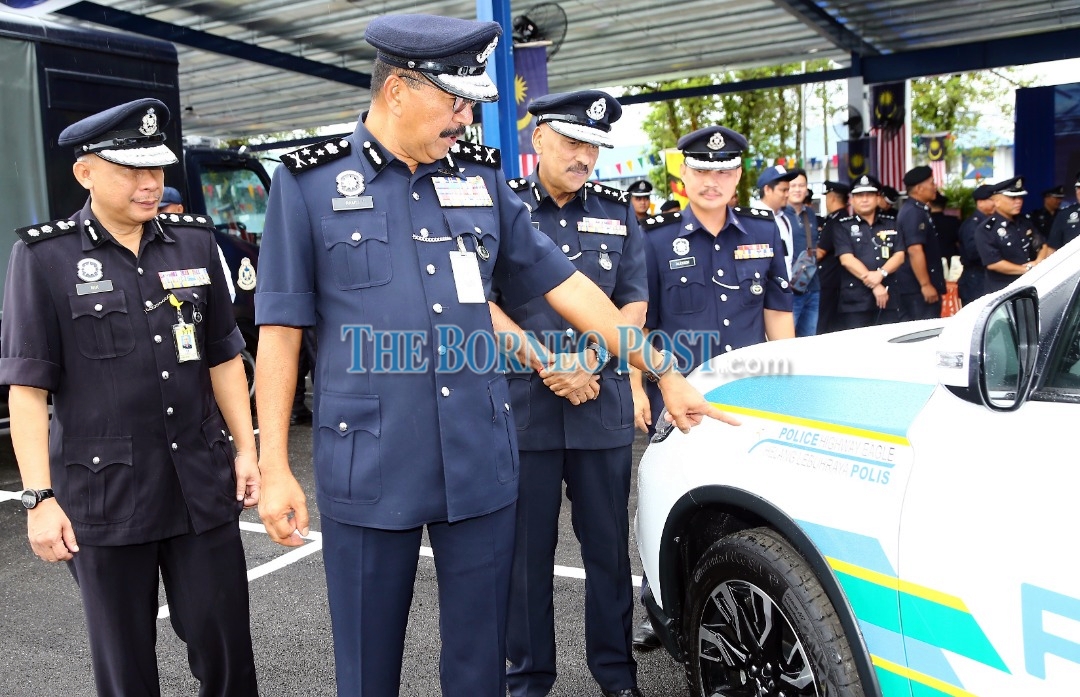 KUCHING: Sarawak police have received a boost with the unveiling of 35 new vehicles worth over RM5.3 million.

“The purchase of these vehicles is to realise the government’s aspirations to deliver the best service to the people in safeguarding the safety and harmony of the society in Sarawak,” said Sarawak Police Commissioner Datuk Ramli Din at a handing-over ceremony at the Sarawak Police Contingent headquarters, here, today.

The vehicles are comprised of 21 units of Toyota Hilux Double-Cap 2.4, eight units of Mitsubishi Outlander 2.4 and six units of Hino brand lorries.

Ramli said the Mitsubishi Outlander vehicles will be used by Sarawak Police Contingent Traffic Enforcement and Investigation Department, while the multipurpose Toyota Hilux vehicles will be distributed to police stations across the state.

As for the six units of Hino lorries, he said one each will be distributed to district police headquarters in Kuching, Padawan, Samarahan, Serian, Miri and Sri Aman.

Ramli reminded all district police heads, including officers from the Traffic Enforcement and Investigation Department, to comply with existing procedures and orders to ensure these vehicles are in top conditions to assist police in carrying out their official duties.

Among those in attendance was Sarawak Deputy Police Commissioner Datuk Dev Kumar.