Tuesday, May 17
You are at:Home»News»Sabah»‘Solar Mama’ to light up some 100 village houses 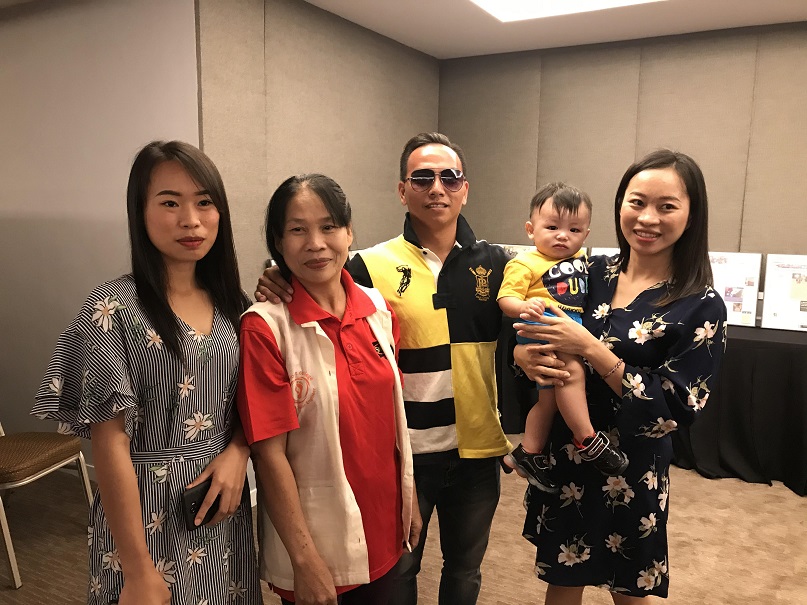 Inggai (second left) with her family.

KOTA KINABALU: Some 100 houses in Kampung Paus, Ranau will be lighted up soon, thanks to the courage and determination of Inggai Suging who has travelled thousands of kilometres from home and spent five months learning solar electrification at Barefoot College, India.

Inggai is Sabah’s fourth ‘Solar Mama’ an initiative undertaken by the Sabah Women Entrepreneurs and Professional Association (Swepa) under its Barefoot Solar Project 3.0 aimed at empowering and training marginalized indigenous illiterate women who are grandmothers in installing and maintaining solar units.

The 55-year-old semi-illiterate grandmother had graduated top of her class among the 52 participants from Botswana, Mexico, Egypt, Indonesia, Paraguay, Cambodia, Thailand and other countries, and even received a letter of commendation from Barefoot College.

Inggai, the mother of 12 children aged 14 to 37, and grandmother of 22, expressed pride at being a Solar Mama.

“Upon returning to my village, I will set up a committee for the solar project.

“I will also propose for the women in my village venture into business by producing organic fertilizers which I had learned in India,” she said to Swepa members who celebrated her homecoming from India here yesterday.

Inggai had offered herself for the Barefoot Solar Project because she wanted to make sure her children would have lights to study and be educated.

She had dropped out of school at Primary Five because she could not study after the sun went down.

“I want things to be different for my children who are still in school.

“I do not want them to end up like me. I had cried because I could not continue my education,” she admitted.

There were, of course, challenges along the way, including from her own community in Kampung Paus who tried to dissuade her from leaving.

“They told me not to go to India because they were afraid that I might not come back, or be sold off.

“But I thank my husband and children who supported my decision.”

In India, she could not quite get used to the food, especially curries.

“I am a senior citizen, so my appetite is different. I do not like curries.

“Having curries two or three days was fine, but after a month, I could not bring myself to eat curries anymore and ended up eating milk with cereal,” she quipped.

Nevertheless, Inggai was proud to have mastered skills that could transform the lives in her village, particularly with her capability to install, maintain and repair solar system.

The Barefoot Solar Project 3.0 is supported by CIMB Foundation, Government of India, Barefoot College and Food for the Hungry International Sabah.

The three Solar Mamas have provided access to sustainable energy for 200 homes in three villages in Kota Marudu, which benefitted around 1,100 villagers.

Meanwhile, Norazlinah commended Swepa for empowering another grandmother from the village.

“It is amazing that semi-illiterate grandmothers could be transformed into a Solar Mama capable of installing, maintaining and repairing the solar system within a relative short period of five months.”

She urged the community in Kampung Paus to make good use of the lighted nights to create opportunities to earn more income.

“Let your children to spend more time reading books for the sake of building a strong root for their future.

“We, the government, Swepa and other organizations are ready to help and support you in making the villages more economically sustainable,” she said.

Norazlinah added that the government has allocated a significant budget for rural solar electrification.

“We hope Swepa and her project partners will be able to compliment the effort of the government to enhance the livelihood of the remote villages.”