Tuesday, October 20
You are at:Home»News»32 people made homeless after fire destroys workers’ quarters of quarry in Belaga 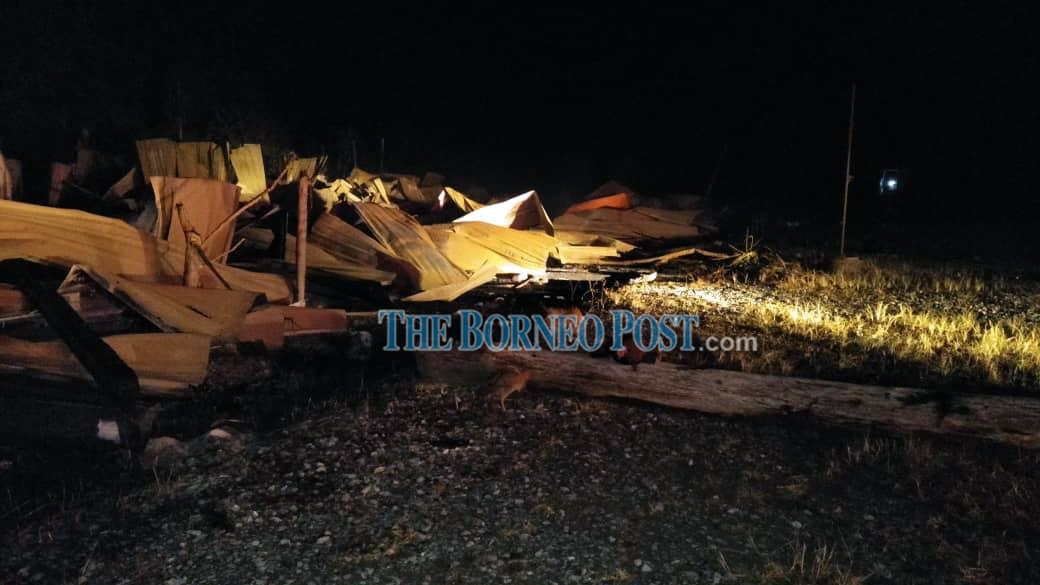 The two blocks of workers’ quarters were completely razed in the fire.

BINTULU: Thirty two people were made homeless when two blocks of workers’ quarters of a quarry company at Long Bangan in Belaga were destroyed in a fire yesterday.

Sarawak Fire and Rescue Department operation centre in a statement said a distress call was received at 5.06pm.

One fire engine with six firefighters, were deployed to the scene which was located about two hours from Bintulu.

When the firemen arrived at the scene, the 15 units of houses in the two blocks were completely destroyed.

No injuries were reported in the incident and the operation ended at 9.43pm.