Sunday, July 5
You are at:Home»News»Sabah»Trawler detained for violating fishing licence 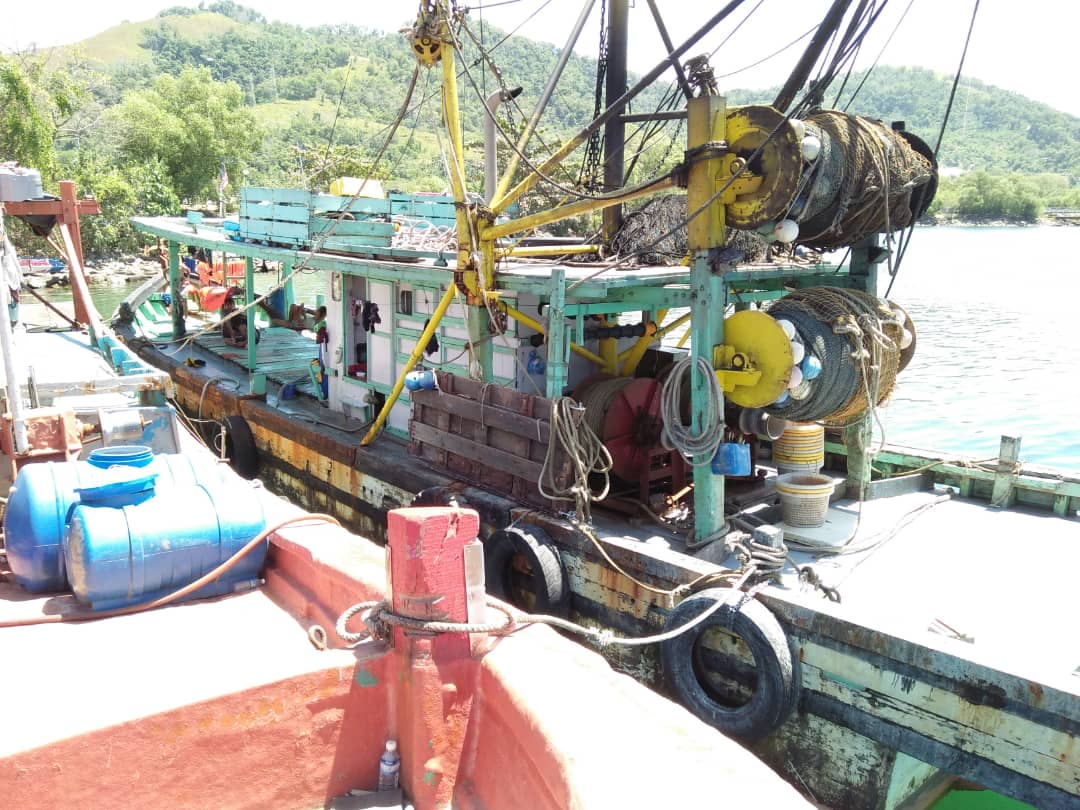 The fishing trawler that was detained by MMEA in the waters near Kampung Numbak yesterday.

MMEA Captain, Asmawati Mohd Tujeri, said the trawler was detained at 0.8 nautical miles from Kampung Numbak while MMEA was carrying out Ops Naga Timur and Ops Sejahtera around 11am on February 21.

“While inspecting the vessel, MMEA personnel found that the captain’s name was not stated in the licence.

“However, the boat captain and his two crewmen all had valid documents,” he said, adding that all three men were detained and taken to the MMEA jetty in Sepanggar for further investigation.

Meanwhile, Asmawati said Ops Naga Timur, which was launched since August 1 last year, would continue as part of the agency’s efforts to curb illegal maritime activities, such as illegal fish bombing and illegal fishing activity by foreign fishermen.

He also urged the public to continue to provide information to the agency for any suspicious activity by calling the agency’s hotline at 088-387 774.