Monday, August 10
You are at:Home»News»Nation»Anwar, Azizah to have audience with Agong, DAP to hold emergency meeting 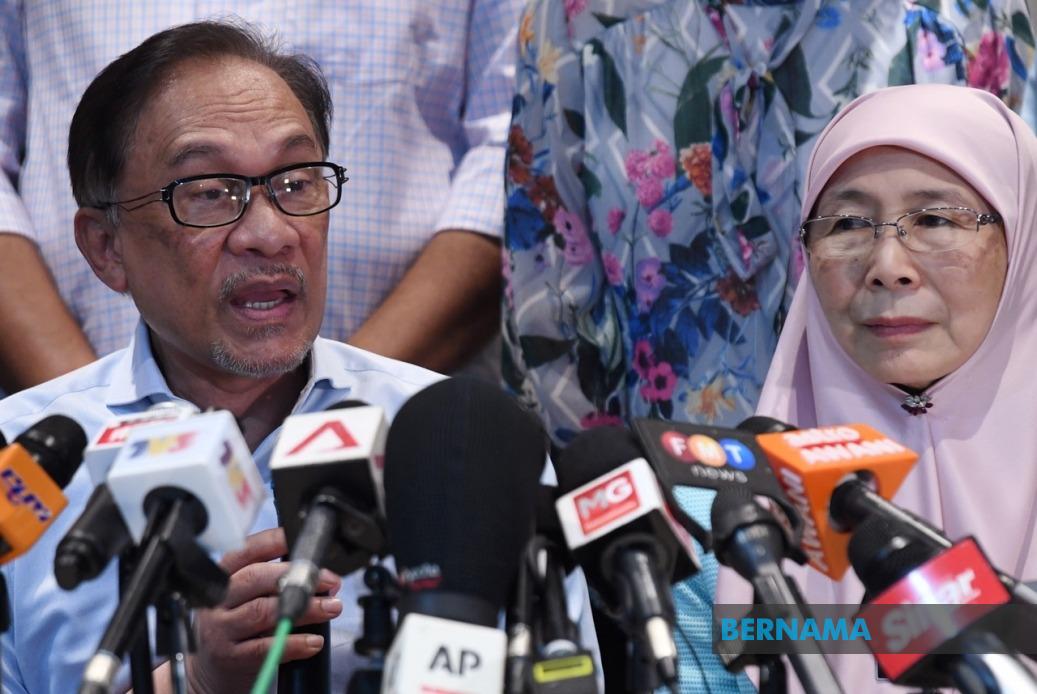 KUALA LUMPUR: The flurry of activities over possible realignment of the country’s political landscape continues today with several events scheduled to take place.

One of them is at Istana Negara where Deputy Prime Minister Datuk Seri Dr Wan Azizah Wan Ismail and her husband, PKR president Datuk Seri Anwar Ibrahim, is scheduled to have an audience with the Yang di-Pertuan Agong Al-Sultan Abdullah Ri’ayatuddin Al-Mustafa Billah Shah at 2 pm.

Another is an emergency meeting by DAP, a component party in Pakatan Harapan (PH), at the party headquarters here.

Yesterday, several key leaders of the ruling government parties and also from the opposition, attended a special meeting at a hotel in Petaling Jaya. It was a closed meeting, raising questions  over the purpose of the meeting.

Before that, there had been separate meetings involving several political parties amid talk of a possible realignment of the country’s political landscape.

Party leaders were tight-lipped as to what was discussed at the closed-door meetings, in the federal capital and Petaling Jaya, which drew intense media attention.

Bersatu also held a special meeting at the party headquarters at Menara Yayasan Selangor in Petaling Jaya, chaired by party chairman Tun Dr Mahathir Mohamad, who declined to comment when reporters swarmed around him as he left the premises.

Several MPs from political parties in Sabah and Sarawak also held meetings in the federal capital.
Istana Negara was also a hive of activity as many vehicles were seen entering the palace grounds from about 5.30 pm yesterday, some with police escort. These vehicles were seen leaving about two hours later.

Anwar during an event at his Bukit Segambut residence last night, said his side is awaiting information on what he described as an attempt to set up a new government. – Bernama