Tuesday, April 13
You are at:Home»News»Haze situation improving in Miri as Bomba rushes to put out wildfires 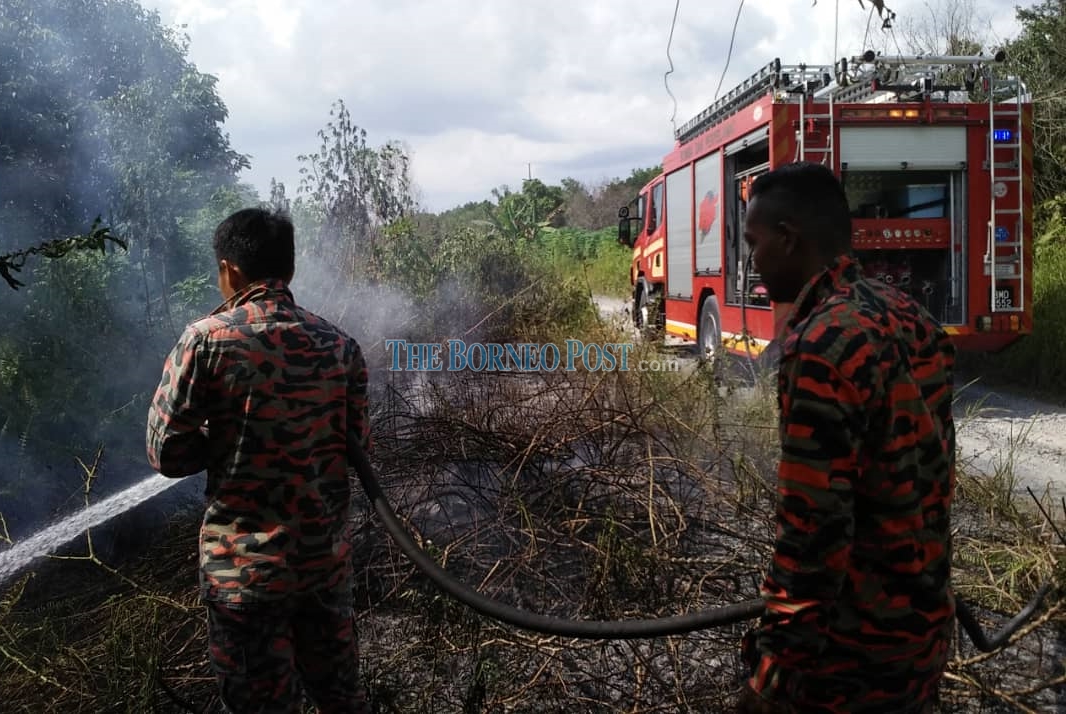 Bomba personnel working to put out the wildfires in Kuala Baram.

MIRI: Thick smoke which blanketed most parts of the city, especially in the northern region since yesterday showed improvement today, thanks to the tireless effort by Fire and Rescue Department (Bomba) personnel from Lopeng and Miri.

“There are three areas currently actively emanating plumes of smoke at the moment, located at Kuala Baram, behind Eastwood Valley here.

“However, the amount of smoke has been reduced after ongoing firefighting by our team since last night,” Terry said.

He added that the first team began their night shift that lasted until early today, while waiting for another team to take over.

“We also had backup from a team of volunteers from Naim Cendera,” Terry said.

Today is the third day of the ongoing firefighting operation aimed at extinguishing the raging wildfires which had thus far destroyed over 700 acres of land in Kuala Baram.