Sunday, November 28
You are at:Home»News»Nation»PKR MPs arrive at Istana Negara in open-top bus 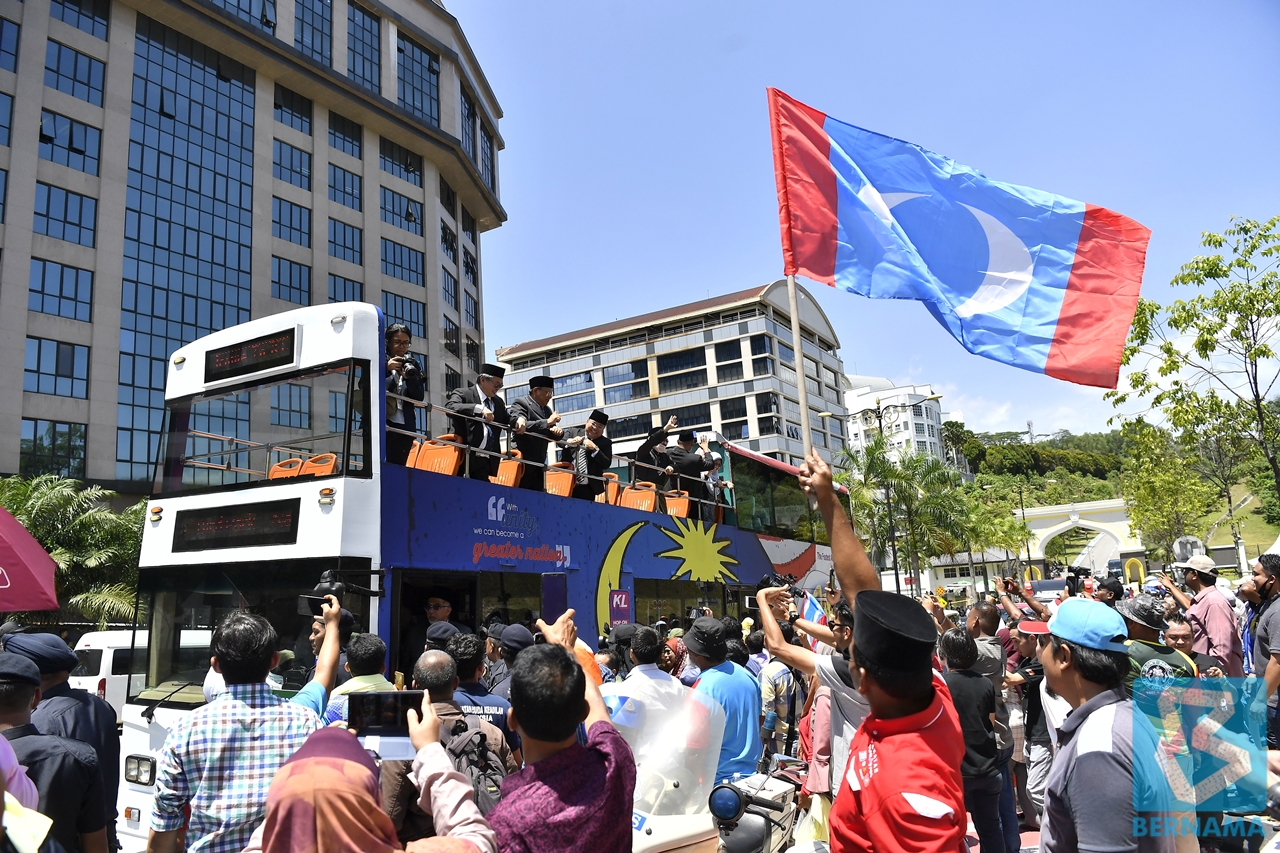 About 30 MPs leaving the Istana Negara by bus and welcomed by the supporters at about 1pm today. – Bernama photo

KUALA LUMPUR: If PAS and Umno members of parliament hopped on a bus to the Istana Negara yesterday for their audience with Yang di-Pertuan Agong Al-Sultan Abdullah Ri’ayatuddin Al-Mustafa Billah Shah, the PKR MPs made their trip there today ‘roofless’ by arriving in a ‘Hop-On Hop-Off’ bus.

The double-decker bus entered Istana Negara’s Gate 2 at 10.40am and among the MPs seen on board were Lembah Pantai’s Fahmi Fadzil, William Leong (Selayang) and Nurul Izzah Anwar (Permatang Pauh). Following the bus closely behind were 10 more vehicles believed to be occupied by the other PKR MPs.

Upon arrival at the gates, they were greeted with chants of ‘reformasi’ by a group of party supporters who had gathered there since 9 am.

Before their arrival, a vehicle that brought Simpang Renggam MP Dr Maszlee Malik was among the earliest to arrive the Istana Negara, entering the palace gates at 9.40 am followed by Bersatu president Tan Sri Muhyiddin Yassin at 9.48 am.

Today, the remainder 131 MPs are scheduled for an audience with the Yang di-Pertuan Agong, who, in a one-to-one interview, wants to personally hear their views and to ascertain who commands the majority of support in Parliament to enable a new government to be formed.

In the first session yesterday, His Majesty held one-to-one interviews with 90 MPs. – Bernama