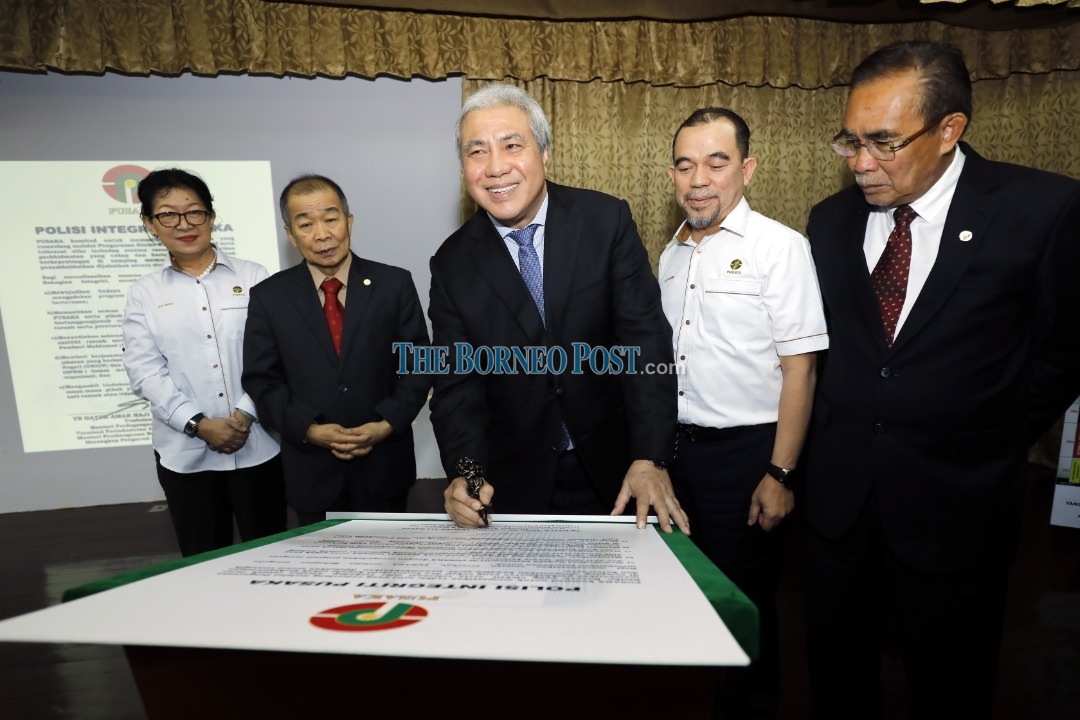 KUCHING: Sarawak remains the top choice of investors within and outside the country, despite the nation being hit by political turmoil, as the state has its own strengths.

Deputy Chief Minister Datuk Amar Awang Tengah Ali Hasan said despite the political turbulence which caused a drop in the stock market, decreasing the value of the ringgit and lowering investors’ confidence, Sarawak can still carry out various projects that the people need.

“Though we are hit by political issues, we are grateful to Chief Minister Datuk Patinggi Abang Johari Tun Openg’s leadership before the fall of the Pakatan Harapan (PH) government as we can stand on our own feet, and focus on the state’s development,” he said at the Timber Industry Development Corporation (STIDC) special assembly at its seminar hall today.

In fact, the state has also been successful in increasing its source of income, said Awang Tengah who is also Minister of International Trade and Industry, Industrial Terminal and Enterpreneur Development.

He said the Abang Johari even set up the Development Bank of Sarawak (DBOS) as one of the measures to broaden the state’s revenue base.

“Before the downfall of the PH government, many projects approved by the federal government were not implemented and no budget was given to the state government.”