Wednesday, April 14
You are at:Home»News»Abang Johari: GPS will not rush decision on next PM, will put interests of state first 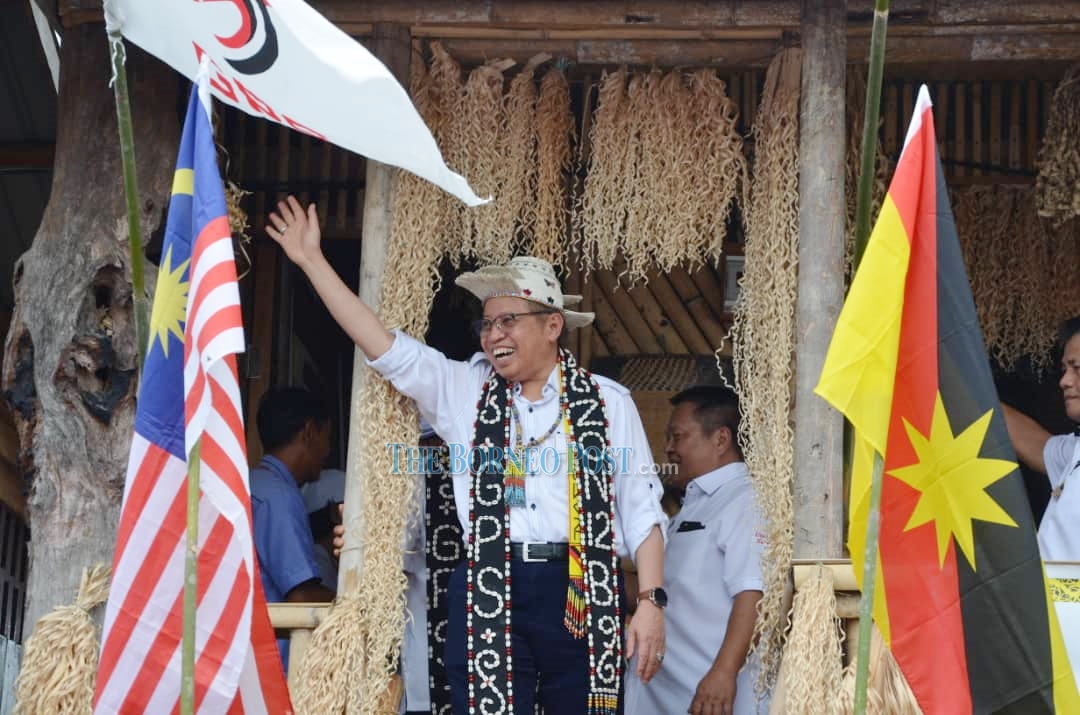 Abang Johari waves to the crowd while visiting one of the model houses of the orang ulu in Belaga.

BINTULU: Chief Minister Datuk Patinggi Abang Johari Tun Openg says Gabungan Parti Sarawak (GPS) will not rush the decision in choosing the next prime minister, and would put the interests of the state first.

“As I can see in these few days, there is no certainty, because leaders are moving right and left and vice versa.

“So the people have a headache, and that is why we in GPS will not be rushing.

“We will make a decision after we discuss. The first thing to prioritise is to save Malaysia, for us (Sarawakians) we don’t have any interests over there,” Abang Johari, who is GPS chairman, told reporters after officiating at the launch of GPS Zone 12B at Apau Koyan Asap Festival site, in Belaga today.

Abang Johari went on to say that the two groups vying for prime ministership were only talking about power, but not about the people.

“We in GPS prioritise the people first, so any decision that we make, we will put the people and the interests of the state first. GPS will also have a meeting tomorrow in Kuala Lumpur.

“We will make a decision that is in the best interest of the country and not for the interest of races, or parties,” he assured.

He said the decision will be made unanimously by GPS leaders during the meeting.