Thursday, June 4
You are at:Home»News»Sarawak»Access road to longhouses: Court sets aside judgement in default 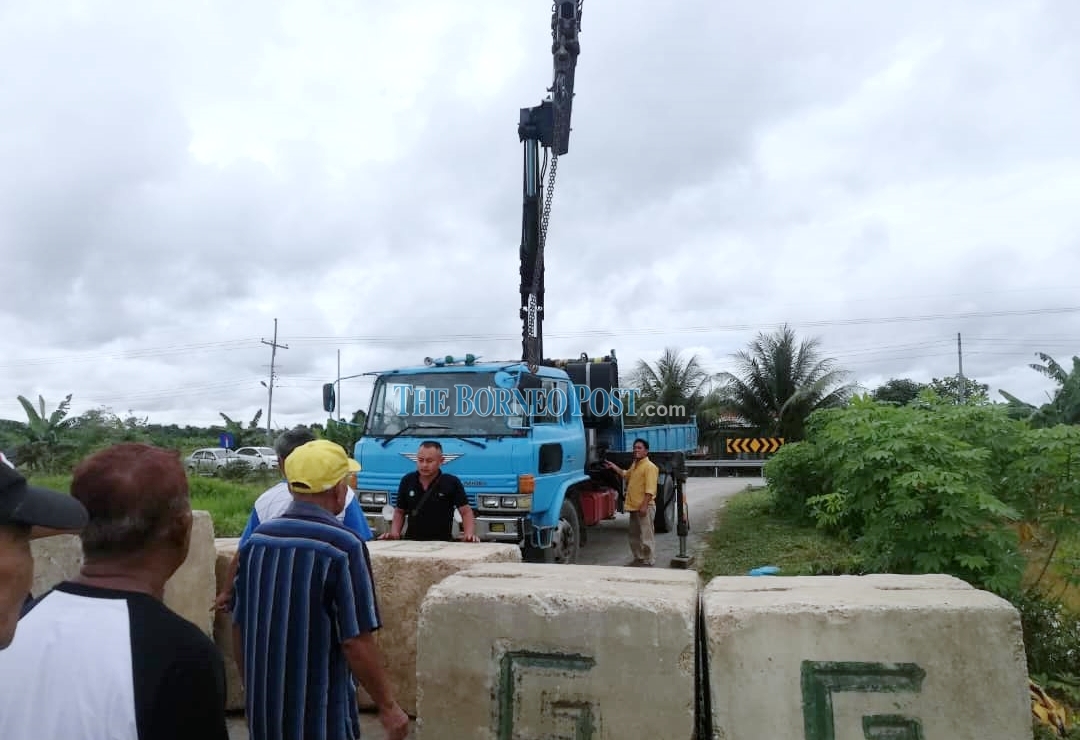 The blockade is removed with by the longhouse folks with the help of a crane in this file photo.

SIBU: The Sessions Court yesterday set aside judgement in default that granted an injunction against residents of two longhouses in Tanjung Penasu, Igan near here from using an access road to the longhouses.

In her ruling, Judge Caroline Bee Majanil, who allowed the defence application to set aside the judgement in default, said the defence has to file a memorandum of appearance and statement of defence within 14 days, and to proceed with the hearing at a date yet to be fixed.

Meanwhile, defence counsel Wee Wui Kiat who represented Rumah Jalak Kusau said the ruling meant that the defence was allowed to contest their claim of cost in court, which will be decided in the hearing later.

It was reported that the landowner, who set up the blockade, was against the construction of access road to the two longhouses via his property.

The blockade, which was set up on Dec 3 last year, has disrupted the lives of more than 300 residents of 51-door Rumah Jalak, and 28-door Rumah Nita.

He also claimed in his police report earlier that he owned the 8.67-acre mixed zone land, bought at RM50,000 per acre, 20 years ago.

In 2016, he sent letters to Rumah Jalak and Rumah Nita Seman after finding out about the construction of the access road over his land, but his effort was futile, he said in the police report.

The land owner then brought the case to court last year. The Sessions Court ordered Tuai Rumah Jalak Kusau and his charges, as defendant, to pay RM4,440 in compensation and a legal fee of RM1,559 to the plaintiff.

Despite the court order, and knowing the road having been tar-sealed and still used by the longhouse folk, the landowner set up the blockade.

It is understood that he has lodged a police report to clarify  the land status and as a reference to the relevant authorities for the case to be resolved.

Previous ArticleA lifelong love for reading
Next Article IGP: No foreign provocateurs, consider this a warning