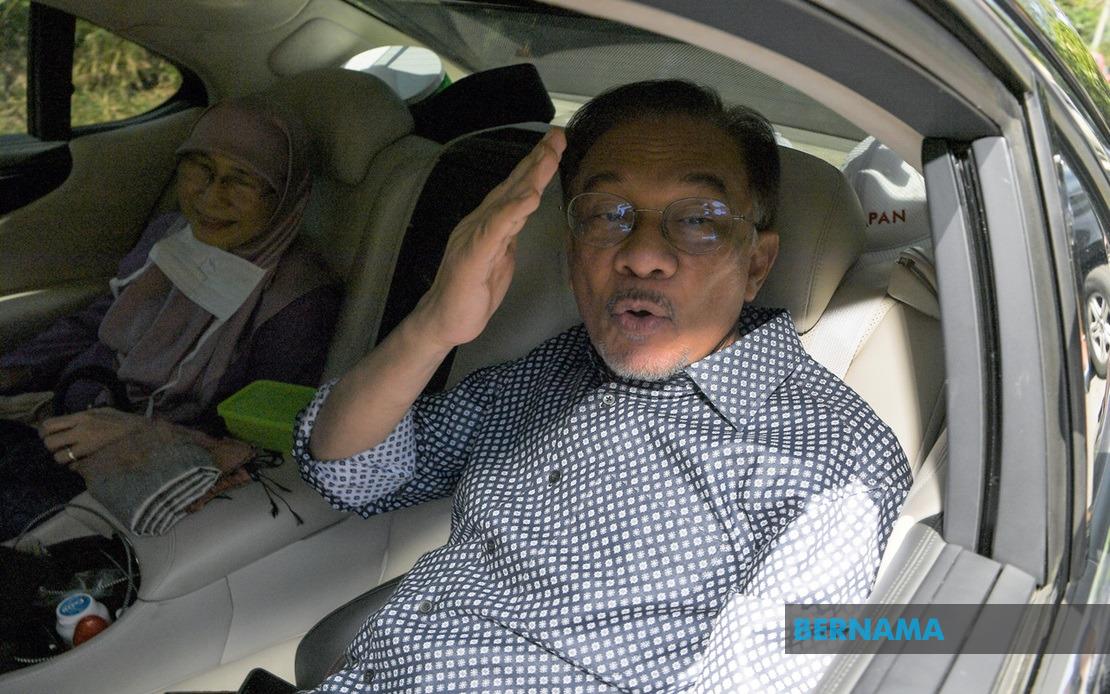 Anwar declined to say what was discussed at the meeting. Bernama Photo

It is believed to be the first meeting between the two leaders since the collapse of the Pakatan Harapan (PH) government and Dr Mahathir’s resignation as prime minister on Monday, which plunged the country into a political crisis.

However, Anwar declined to say what was discussed at the meeting.

Anwar was speaking when he arrived with his wife Datuk Seri Dr Wan Azizah Wan Ismail, who is also Pandan Member of Parliament, at a hotel here for a meeting, believed to be with PH MPs.

Dr Mahathir this morning issued a statement saying he has offered himself as a candidate for the prime minister’s post and that he has the backing of PH, which now comprises PKR, DAP and Amanah following the withdrawal of Bersatu.

Previous ArticleBersatu chairman Dr Mahathir has absolute powers in party – sec-gen
Next Article Abang Johari: GPS will not rush decision on next PM, will put interests of state first