Saturday, February 27
You are at:Home»News»CMO: GPS not a member of Perikatan Nasional, will support Muhyiddin regardless 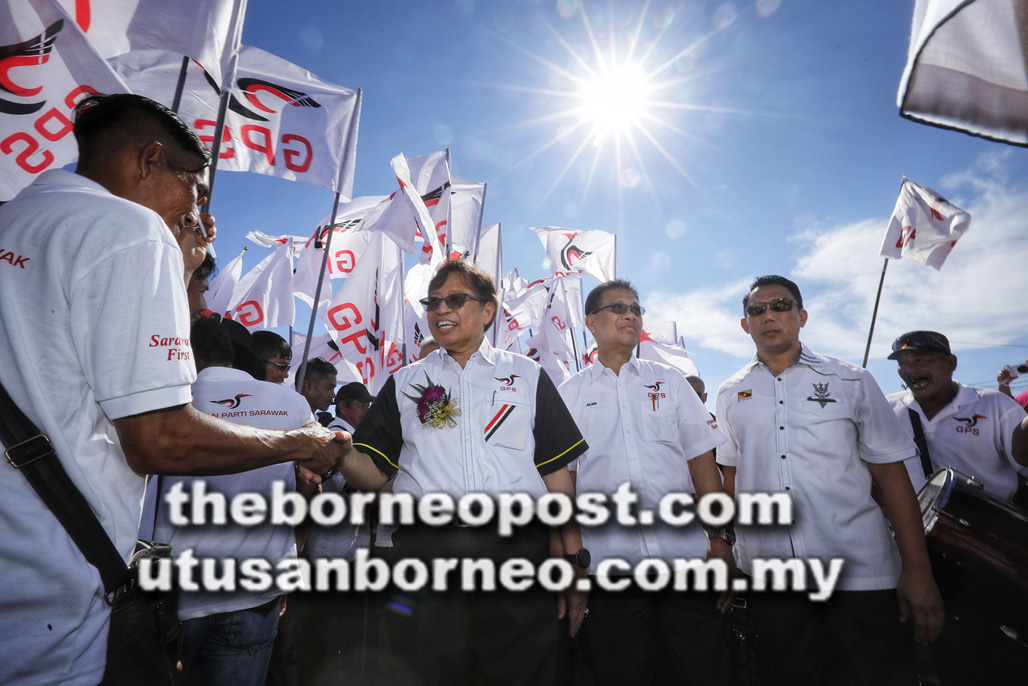 According to a statement, GPS is only a political entity in Sarawak that supports the prime minister for the interests of the nation and to save it from political instability, without sacrificing the interests of Sarawak. File Photo

KUCHING: Gabungan Parti Sarawak (GPS) today said that while it supports Tan Sri Muhyiddin Yassin as the prime minister, it is not a member of Perikatan Nasional (PN).

According to a statement from the Sarawak Chief Minister’s Office, GPS is only a political entity in Sarawak that supports the prime minister for the interests of the nation and to save it from political instability, without sacrificing the interests of Sarawak.

“At this juncture GPS will only be a political party that is friendly to Perikatan Nasional,” the statement read.

The 72-year-old Bersatu president will be sworn in as the eighth Prime Minister of Malaysia tomorrow morning at 10.30am.

“His Majesty has appointed YB Tan Sri Mahiaddin Bin Md Yasin (Muhyiddin) as Prime Minister in line with article 40(2)(a) and article 43(2)(a) of the Federal Constitution,” an Istana Negara statement said today, which was issued by the Comptroller of the Royal Household Datuk Ahmad Fadil Shamsuddin.

Earlier today, PAS secretary-general Datuk Takiyuddin Hassan had told reporters in Kuala Lumpur that MPs from his party, Umno, Bersatu and GPS managed to give 114 votes to Muhyiddin, just two over the minimum majority votes of Parliamentarians to form a government.

“He (Muhyiddin) received 114 votes (MPs). This is not a minor government (simple majority) but a majority from 222 MPs.

“PAS would like to congratulate Muhyiddin for being chosen according to the democratic process and the appointment should not be questioned by any parties,” he said as reported by Malay Mail.

Amanah deputy president Salahuddin Ayub, a Pakatan Harapan (PH) component, said they will be appealing to the Agong over his decision to appoint Muhyiddin as the prime minister.

“We will see what constitutional avenues we have to appeal to His Majesty,” he was quoted by The Sun Daily today.

Salahuddin insisted that PH has enough majority to form a government, and that the coalition will be collecting evidence to prove they have the majority support of parliament.

Previous ArticleCovid-19: 5 more PUI cases recorded in Sarawak
Next Article Not over yet: Baru signs statutory declaration in support of Dr Mahathir as PM