Monday, February 6
You are at:Home»News»Nation»Muhyiddin to seek audience with King this morning
For the freshest news, join The Borneo Post's Telegram Channel and The Borneo Post on Newswav. 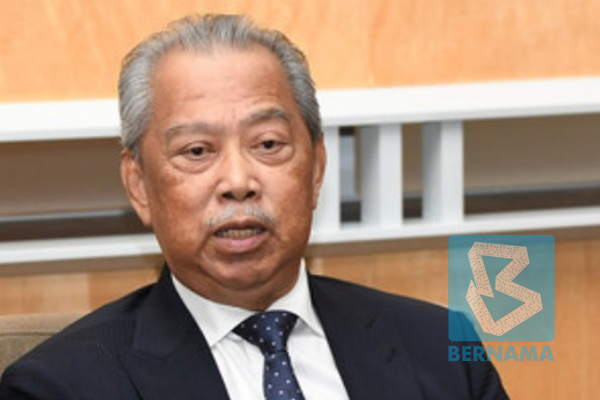 “Our aim is to do our best to save the country from what is going on (political situation),” he told reporters before leaving for the Istana Negara from his residence in Bukit Damansara here at 10 am.

“Our aim is sincere and we ask all Malaysians to pray for our efforts to be given the support and prayer for success; I hope Allah will grant it,” he added.

Yesterday, Bersatu, Barisan Nasional and PAS issued separate statements endorsing Muhyiddin as their candidate for the post of prime minister.

Meanwhile, Muhyiddin and UMNO and PAS leaders arrived at Gate 2 of Istana Negara at 10.03 am and were seen leaving through the same gate about 40 minutes later.

The car carrying Muyhiddin, the Member of Parliament for Pagoh, was accompanied by about 19 vehicles carrying leaders of Muafakat Nasional, which comprises UMNO and PAS.

They did not speak to the press gathered there.

The country’s political impasse took another turn today when interim Prime Minister Tun Dr Mahathir Mohamad said that he has offered himself as a candidate to be the next prime minister and that he has the backing of Pakatan Harapan (PH).

In a statement issued this morning, Dr Mahathir also said he had never endorsed anyone else for the post of prime minister.

Previous ArticleMasing: No support from GPS if political coalition has DAP in it
Next Article DAP Sarawak willing to set aside differences to work with GPS to preserve PH govt, says Chong