Sunday, September 19
You are at:Home»Business»Muhyiddin to prioritise economic stability 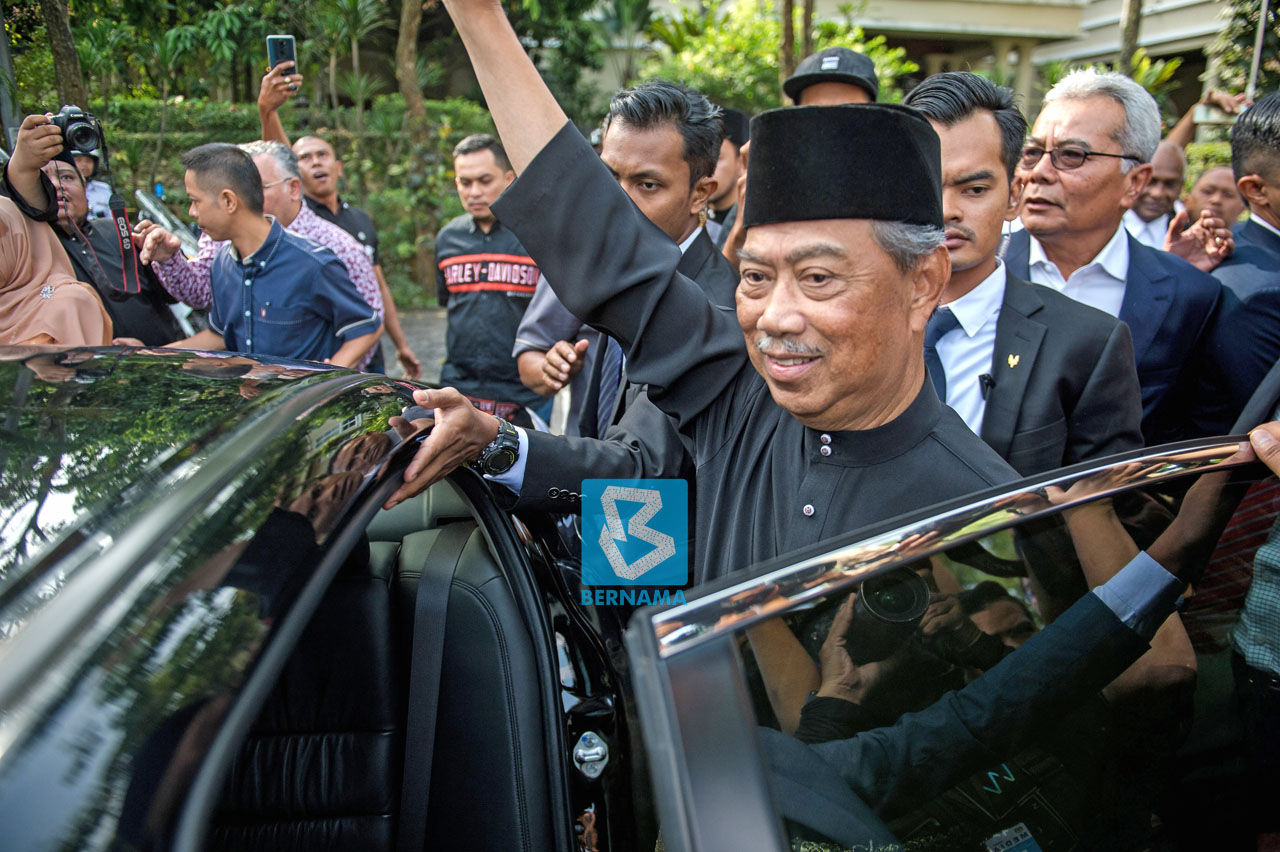 Muhyiddin waves at the crowd after being sworn in as Malaysia’s eighth Prime Minister. Economists believe that the new government under Muhyiddin’s leadership will remain committed to deliver solid economic outcomes based on uplifting the masses, keep price inflation down and above all maintaining economic confidence to attract more foreign direct investment into the country. — Bernama photo

KUALA LUMPUR: Maintaining the country’s macroeconomic stability will be the top of the agenda for Tan Sri Muhyiddin Yassin, who has been announced as Malaysia’s eighth prime minister, IQI Global chief economist Shan Saeed said.

He said this is to put Malaysia on the global investors’ radar and keep the growth momentum intact.

“In my view, under the new prime minister’s administration, the government will remain committed to deliver solid economic outcomes based on uplifting the masses, keep price inflation down and above all maintaining economic confidence to attract more foreign direct investment into the country.

“The administration will pursue expansionary fiscal policy in the short run and then move to follow the monetary policy. Local businesses and investors can expect support from the government in order to provide incentives to compete on a global scale.

“Markets should recover sharply since the new PM is announced and uncertainty is over. The markets will be closely monitoring who would be the finance and economic minister to gauge the impact of policy levers being delivered by these gentlemen,” he told Bernama TV when contacted recently.

High Highness made his decision in line with article 40(2)(a) and article 43(2)(a) of the Federal Constitution on the basis that Muhyiddin possibly had the support of a majority in parliament, an Istana Negara’s statement said.

The statement was issued by the Comptroller of the Royal Household Ahmad Fadil Shamsuddin.

Muhyiddin was sworn in as the eighth prime minister at Istana Negara yesterday.

Meanwhile, Dr Oh Ei Sun, a senior fellow with the Singapore Institute of International Affairs, said: “Now that he (Tan Sri Muhyiddin) is offered to be the prime minister he must keep in mind that the people voted for a clean government.

“Therefore, he must keep the reform agenda, and those who have kleptocratic background should not be included in his Cabinet line-up. He must make sure that the new government would continue to be a moderate government as the previous Pakatan Harapan government,” he said.

Dr Oh said in general, Muhyiddin needs to earn the legitimacy of his government by going the extra mile to be clean, moderate, inclusive and reform-minded, as those were the core values for which the people voted for.

“For example, his government must not propose policies that would prejudice the rights of the minorities,” he added.

Congratulating Muhyiddin on his appointment, Saiful Abdullah, a former political secretary of (former) Johor Menteri Besar, said he hoped the appointment of the new prime minister would end the country’s political turmoil.

“And the best and amicable solution for the country has been reached, especially for the people of Malaysia,” he added. — Bernama