Saturday, September 25
You are at:Home»News»Crime»Police reports lodged against MPs for reneging on statutory declarations for PM candidates 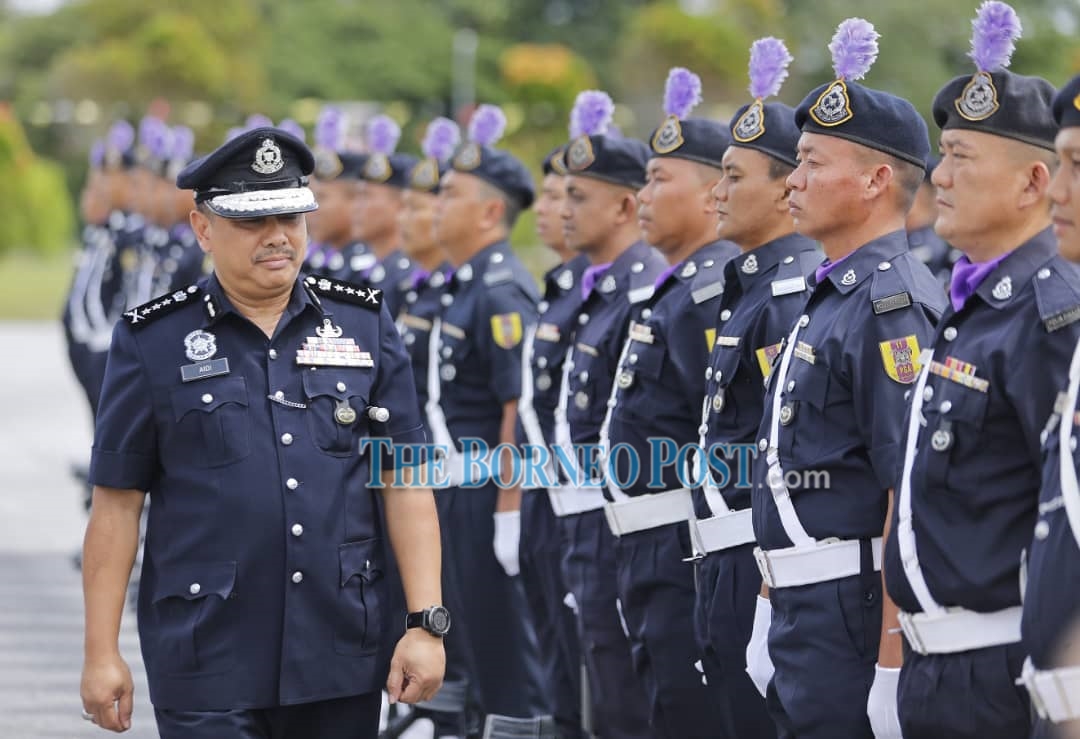 Aidi inspecting the parade during his visit to the Sarawak PGA. – Photo by Chimon Upon

KUCHING: Three police reports have been lodged here against Members of Parliament who failed to keep to their statutory declaration and switched support for candidates in the recent race for the prime minister’s post.

Sarawak Commissioner of Police Datuk Aidi Ismail said in the reports lodged around 8pm last night, the complainants had claimed that there were some elements of corruption involving the MPs.

He said the reports were against “two or three MPs” but he did not identify them.

“We are still investigating and we will consult and refer this case to the Malaysian Anti-Corruption Commission (MACC),” he said when met by reporters during a visit to the Sarawak General Operations Force (PGA) headquarters today.

Aidi said the reports would also be referred to Bukit Aman for further action.

He said police had taken the statement and evidence from the complainants.

Aidi, meanwhile, called on Sarawakians to remain calm and not to hold any public demonstration or rally.

He said so far the situation in Sarawak has been very calm since day one of the political turmoil affecting the country.

However, he said, the Sarawak police were all prepared to deal with any situation.

Aside from that, he reminded the people, especially netizens in Sarawak, to avoid expressing their negative views openly in social media.

“Police are warning everyone not to use this social media to disseminate any form of seditious matters that could be harmful to the public,” he said.

On the visit, Aidi said among the issues discussed were security controls along the border of Sarawak and West Kalimantan, Indonesia.