Friday, September 30
You are at:Home»News»Court»Senior citizen remanded to facilitate probe into allegation of insulting King on Facebook 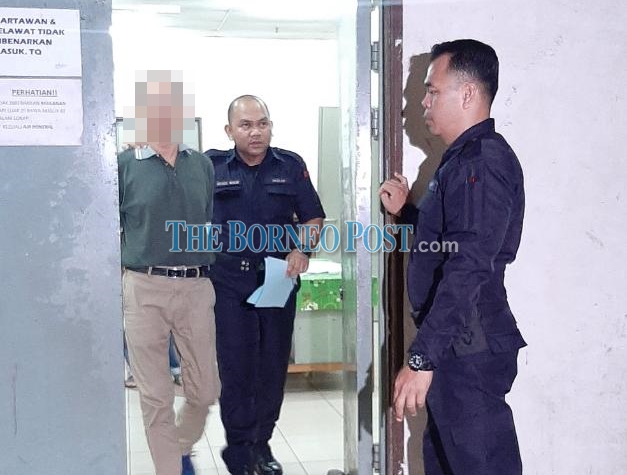 The suspect is being escorted by a police personnel.

KUCHING: A senior citizen has been remanded for four days to facilitate police probe into allegation of insulting the Yang di-Pertuan Agong on Facebook.

He appeared today before Magistrate Zaiton Anuar, who approved the police application for remand as well as for him to be sent to Bukit Aman for investigation purpose.

She also allowed the suspect to receive medical treatment before being flown to Kuala Lumpur.

The suspect was represented by counsels Benedict Khu and Gabriel Khoo.