Tuesday, July 27
You are at:Home»News»SPM 2019: Number of top scorers doubles in Sarawak 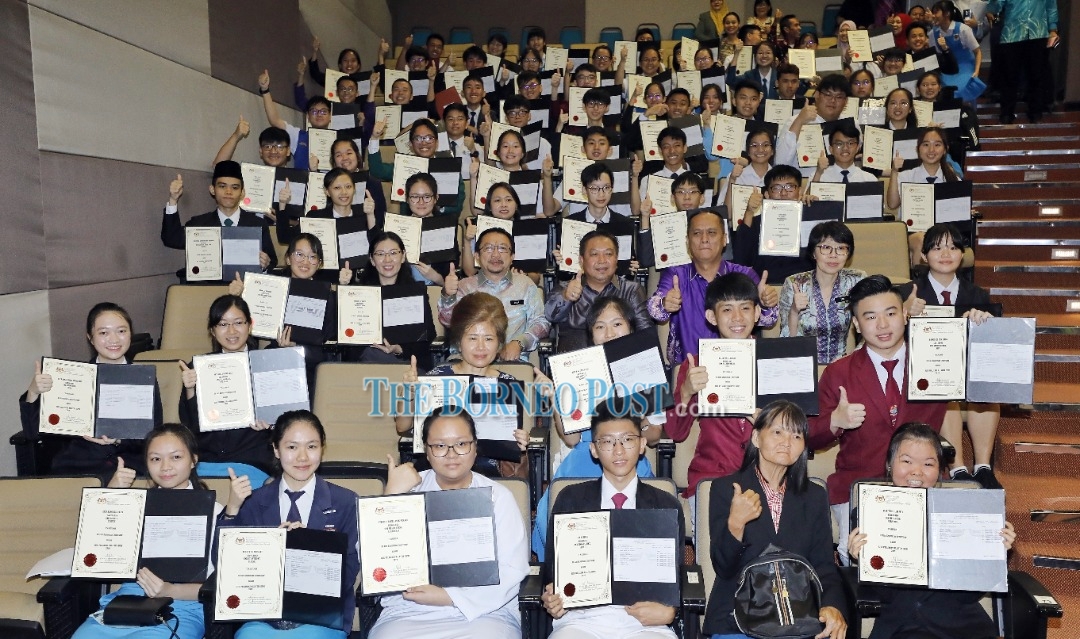 Azhar (third row, fourth left) poses for a group photo with the SPM 2019 top scorers after the event.

KUCHING: Sarawak has performed well in the Sijil Pelajaran Malaysia (SPM) examination 2019 with 16 straight As students, double that of 2018.

In announcing this today, Sarawak Education Department director Azhar Ahmad said there were three 11A+, seven 10A+ and six 9A+ scorers.

“Two 11A+ scorers are from SMK Sacred Heart Sibu and one from SMK Bintulu; two 10A+ from SMK Chung Hua Miri and SMK St Anthony Sarikei; and one each from SMK Green Road Kuching, SMK Batu Lintang and SMK Jalan Arang Padawan, two 9A+ from SMK Green Road Kuching, and one each from SMK Muara Tuang Samarahan, SMK Bintulu, SMK St Joseph Miri and SM Sains Miri,” he announced at the auditorium of the department off Jalan Diplomatik here.

In terms of state grade average (GPN), Sarawak did slightly better at 5.18 compared to 5.19 the previous year.

On the schools performance, 21 schools in the state recorded a school average grade (GPS) of four and below, compared to 19 the previous year, which is up by 10.53 per cent.

He added that 19 schools have at least 10 students scoring minimum A- in all subjects taken.

Previous ArticleSMK Sacred Heart stands above the rest with 2.80 GPS, two 11A+ scorers
Next Article Anifah poised to lead a group of merged political parties in Sabah