Tuesday, October 19
You are at:Home»News»Traffic lights to replace roundabouts on congested Kuching-Samarahan road 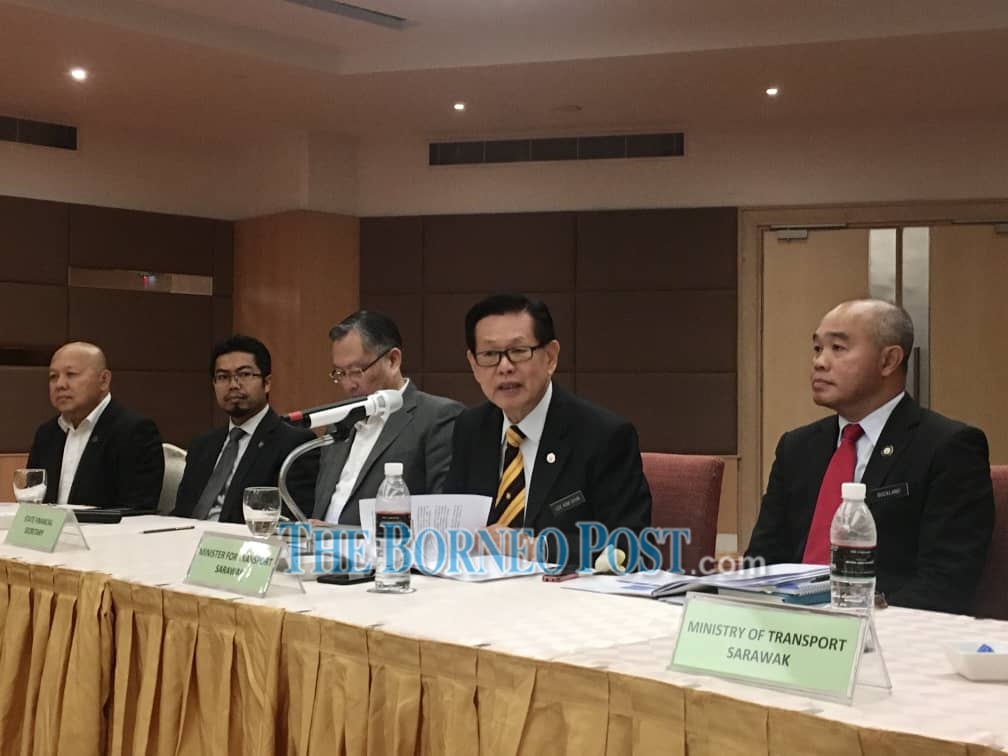 Lee (second right) speaks to reporters. On his left is the ministry’s permanent secretary Buckland Bangik

KUCHING: All five roundabouts from Stutong to the Kuching-Samarahan Expressway will be turned into signalled interchanges using the smart traffic light system to tackle the traffic congestion.

State Transport Minister Datuk Lee Kim Shin said the construction of the traffic lights to replace the roundabouts would take place this year and was expected to be completed within the next 15 months.

“These are the five roundabouts where we have traffic congestion everyday based on the many complaints received. A meeting had been held with JKR (Public Works Department) on this matter.

“We will be changing the roundabouts to traffic light interchanges, to solve the traffic congestion problem along that stretch.

“This is a state government project, and tenders will be called soon. Hopefully by end of 2021, all these will be completed. All will be using smart traffic light system,” he said at a press conference after chairing the inaugural meeting of the State Public Transport Committee here today.

Lee, however, declined to disclose the estimated cost involved in the project.

On when the Autonomous Rail Transit (ART) public transport system would be built from Kuching to Samarahan, Lee said the details would be deliberated and announced at another time.

It had been reported on Jan 4 this year that the implementation of the ART for the Kuching-Samarahan route would be realised around 2025.

On the smart traffic light system, Lee said the pilot project was implemented here last November with 42 traffic lights and are due for completion in October this year.

He explained that the system involved the use of artificial intelligence (AI) to manage and control traffic.

He added the main command control centre has also been set up in Kuching for this purpose, while regional control centres will be established in Sibu, Miri and Bintulu soon.

ENDS with pix (kch-bp050320-sa-shinround-p1)
Lee (second right) speaks to reporters. On his left is the ministry’s permanent secretary Buckland Bangik