Thursday, August 11
You are at:Home»News»I felt like puking, Abdul Karim says on DAP being ‘one of the most principled parties’ 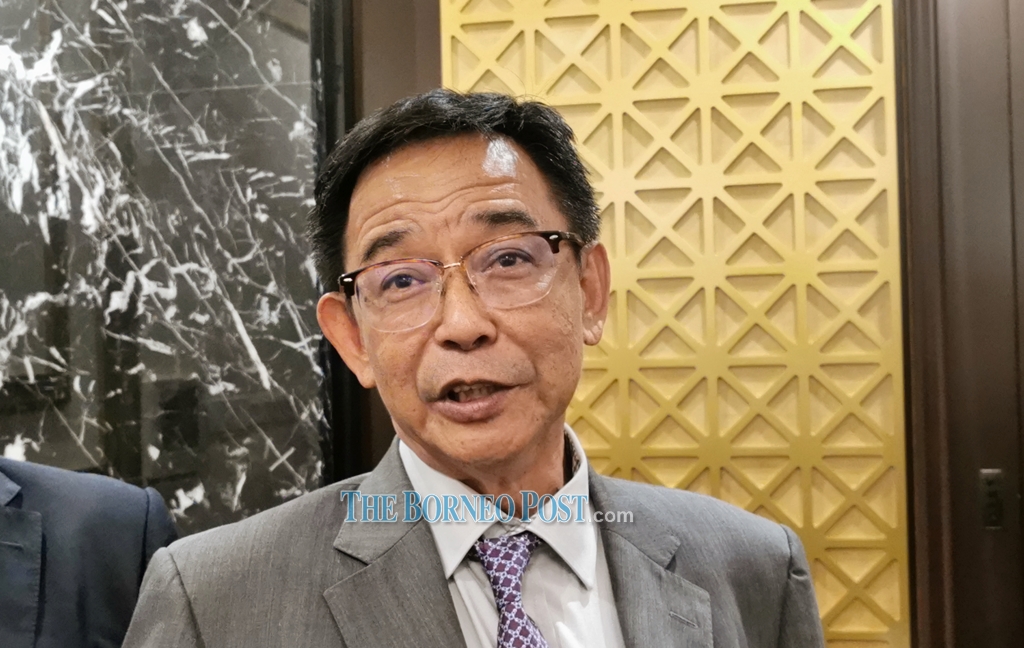 KUCHING: Democratic Action Party (DAP) cannot claim itself to be a ‘principled political party’ when its leaders could not even honour promises made to Sarawak, said Youth and Sports Minister Datuk Abdul Karim Rahman Hamzah.

Karim, who is also Parti Pesaka Bumiputera Bersatu (PBB) vice president, said he felt “grossed out” when reading a news article quoting DAP Sarawak chairman Chong Chieng Jen as saying DAP had emerged as ‘one of the most principled political parties’ during the recent political crisis.

“They are ‘cakap tak serupa bikin’ (failing to walk the talk). I felt like puking while reading at it yesterday evening, and I also felt like wanting to laugh at it.

“How can you call yourselves a principled party when you always lie to people, when you promise but did not deliver,” he told reporters today at Wisma Bapa Malaysia before leading a delegation from Sarawak Lawn Tennis Association (SLTA) to pay a courtesy call on Chief Minister Datuk Patinggi Abang Johari Tun Openg.

According to Karim, DAP leaders had promised many things to Sarawak before the 14th General Election (GE14) but these promises were not honoured after DAP became part of the Pakatan Harapan federal government.

“They promised that Sarawak would be getting its 20 per cent oil royalty, and 50 per cent tax collected in Sarawak would be returned to the state. Those promises were uttered many times, in the DUN (State Legislative Assembly) and outside the DUN.

“You had promised but did not fulfill the promises. That means you are a liar. Yet not too long ago, you made another promise, this time to some villagers that they will get land titles if you win the next state election,” said Karim.

He also pointed out that DAP leaders had also been on the wrong end of the law, citing a case involving a DAP leader holding a state exco post in the Peninsular who was charged with rape.

Chong, in a statement issued yesterday, said DAP emerged as ‘one of the most principled political parties’ during the recent political crisis that saw the collapse of the Pakatan Harapan (PH) government.

Chong had said that DAP’s 42 Members of Parliament had defended PH’s fundamental principles to ensure that the government elected in 2018 would continue to work towards fulfilling the coalition’s manifesto promises.

“We may have lost the government, but we did not lose our integrity and principles. We will continue our political struggle towards a cleaner and better government for Sarawak and Malaysia,” said Chong in the statement.

Chong, who was the Deputy Minister of Domestic Trade and Consumer Affairs under the previous administration, had also claimed DAP’s uncompromising principled stand was main reason why some political parties will rather choose to work with PAS than to work with DAP.