Wednesday, June 23
You are at:Home»News»Sarawak»All Miri traffic lights to get ‘smart’ 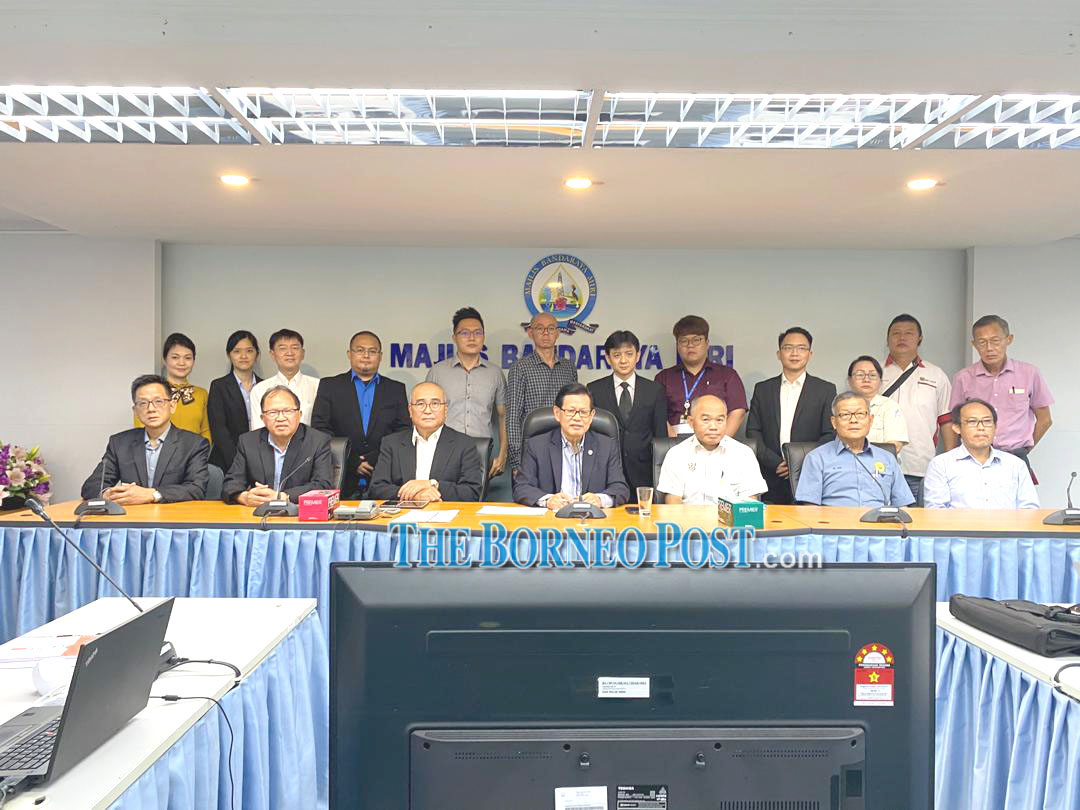 Lee (seated centre) is seen during a photo call for the Miri Smart City meeting. Miri Mayor Adam Yii is on his right.

MIRI: All 57 traffic light intersections here are expected to use the Sydney Coordinated Adaptive Traffic System (SCATS) – a smart traffic engineering system – by next year.

Minister of Transport Datuk Lee Kim Shin said this is part of the ongoing implementation of Miri Smart City.

“As a pilot project, we have implemented a smart traffic light system in three locations here namely Wireless Walk, in front of Parkson (Bintang Megamall), and near Maybank Waterfront (Jalan Bendahara),” he said, adding that all three traffic light intersections are also equipped with CCTV cameras.

Lee said since the implementation of the smart traffic light system, there has been a big improvement in traffic flow timing, especially in front of Bintang Megamall.

“The traffic flow has improved in terms of timing, particularly the route from Pujut to Miri.

“Before the implementation of the smart traffic light, the travelling time took 220 seconds but after implementation, it only took 76 seconds at the traffic stop. So there is improvement of 67 per cent,” he told reporters after chairing the Miri Smart City meeting yesterday.

He said the 57 traffic light intersections come under the Miri City Council (MCC) and the Public Works Department (JKR), which have been tasked to put up a proposal on the implementation budget.

All traffic lights here will also be equipped with a digital countdown system, he said.

“This digital countdown will reduce accidents at traffic junctions and it will also discourage people from jumping the traffic light because they will be able to estimate the time needed to cross,” he said.

Lee added Sarawak will also set up a central traffic control centre in Kuching and eventually in Miri, Sibu, and Bintulu.