Sunday, February 28
You are at:Home»News»Masing: JKR handling projects worth RM40 bln this year 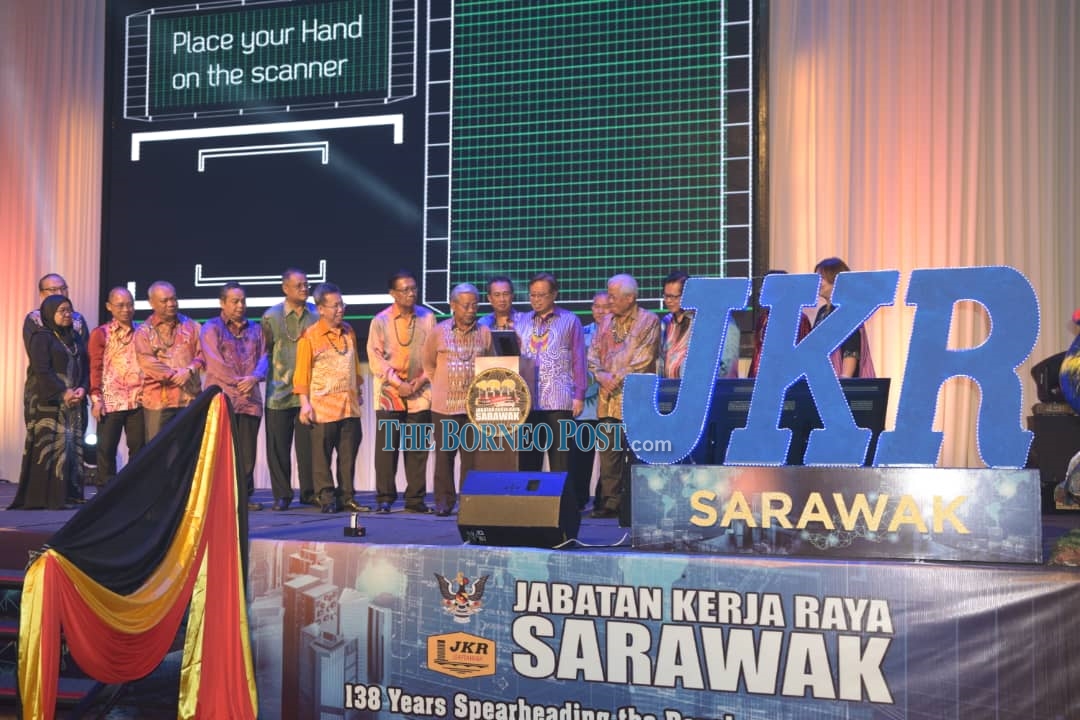 Abang Johari (third right) officiates the 138th anniversary of JKR Sarawak on Friday night while accompanied by Masing (his right), Manyin (his left), cabinet ministers and others. Photo by Roystein Emmor

The Deputy Chief Minister and Minister of Infrastructure and Ports Development said JKR Sarawak has gone from “builders” to “managers”, handling far higher value and size projects today compared with the RM14.8 billion worth of projects given under 10th Malaysia Plan.

Zuraimi pointed out six major bridges costing RM2.14 under the Coastal and Second Trunk Road Projects are slated to be completed by end of 2023, while 251 projects worth RM4.3 billion under the 11th Malaysia Plan have been completed.

“One hundred fifty-eight projects are currently under construction while 233 projects are still at various stages of planning, design and under tender process stage,” said Zuraimi of those under 11th Malaysia Plan.

JKR Sarawak has 642 projects worth over RM16.6 billion under 11th Malaysia Plan.

Zuraimi stated the present success of JKR Sarawak enjoying today is owed to the leadership throughout its formation, with the ‘JKR Transformation Agenda’ approved in 2011 being a “game changer”.

“The JKR Sarawak transformative journey started eight years ago has proven to be a game changer in the way we implement and deliver projects, with the establishment of regional offices as well as research centre,” said Zuraimi.

He said this during the 138th anniversary of JKR Sarawak held at a hotel near Jalan Datuk Tawi Sli on Friday night.

Meanwhile, Masing added that JKR Sarawak, together with other agencies, was instrumental in enabling the Ministry of Infrastructure and Port Development to carry out its core functions to oversee the overall development of infrastructure and ports in Sarawak.

“Roads and bridges connecting villages today create far higher value to the communities than the worth of those projects. For that, I cannot thank you enough,” said Masing.

Masing asked JKR Sarawak to remain committed in implementing projects in a cost-effective and timely manner, while acknowledging that to create 100 per cent accessibility by 2030 to villages, longhouse and settlements in Sarawak was not an easy task.

There are over 600 longhouses in the state, he added.

“We will do it. If not during my time, it will be done by the next Gabungan Parti Sarawak (GPS) coalition state government,” he said, stating the government is duty bound to fulfill the people’s expectations.

“Our focus is to bring infrastructure to rural areas. This is very important not only to stimulate our economy development but to bring in investment from the private sector and enhance the state’s economy,” Abang Johari.

The dinner also witnessed the launching of JKR Sarawak Project Dashboard and a belated birthday celebration for Masing.