Thursday, June 4
You are at:Home»News»Safe return for 40,000-year-old bones of Niah cavemen 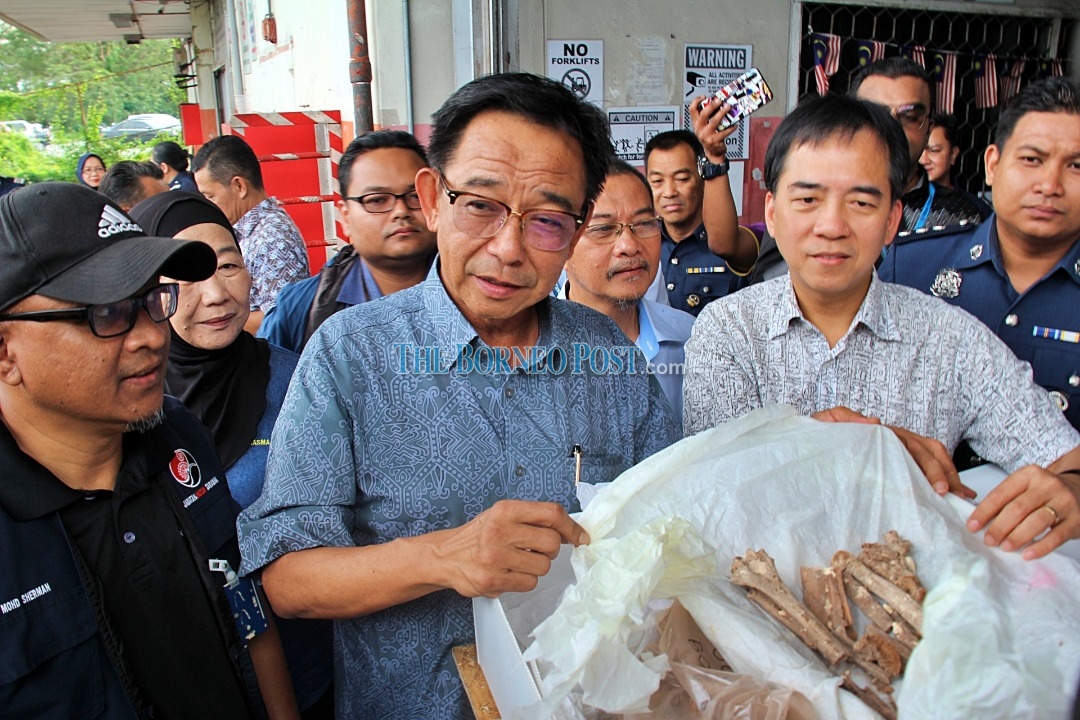 KUCHING: Archaeology buffs and ancient history enthusiasts will be pleased to know that the 40,000-year-old skeletal remains of the Niah Cave men have safely landed on Sarawak soil this morning.

Minister of Tourism, Arts and Culture Minister Datuk Abdul Karim Rahman Hamzah said although the 122 bone fragments of the Niah Cave men have arrived from University of Florida in the United States of America (USA), it would only be displayed at the Old Museum after the building’s renovation work is completed some time in December this year.

“It is a grand homecoming for them (Niah Cave men skeletal remains). We are thankful that their spirit and remains have returned to Sarawak where they came from,” he told reporters at MASCargo terminal near the Kuching International Airport (KIA) this morning.

Abdul Karim said the 122 bone fragments were excavated in the late 50s and was sent to the University of Nevada, USA in the early 60s for further research, because at the time there were no research facilities in Sarawak.

After that, he said the bone fragments were brought to the University of Florida for documentation and storage up till recently.

“In early 2010, the then chief minister Tun Pehin Sri Taib Mahmud requested that the skeletal remains be returned to Sarawak where they died. The effort has been initiated since then.

“I myself personally went to the University of Florida to meet the university’s president (recently) for this effort. Apart from that we also signed several agreements for collaboration in archaeology, museum research, and even performing arts,” said Abdul Karim.

Meanwhile, if all went smoothly, the old museum will be specifically for archaeology and historical excavation pieces, where the skeletal remains of the Niah Cave men will be displayed once the museum is completed and opened in December this year.

Abdul Karim said he had proposed that a diorama of the Niah Cave including the Niah Cave men from 40,000 years ago be built alongside the skeletal remains displayed.

On top of that, he said a recent discovery by archaeologists from the University of New South Wales, Australia had unearthed a very well preserved skull and parts of the jaw of the Niah Cave men.

From that, he said the museum will be collaborating with the Australian university to reconstruct the facial structure of these early humans to also be displayed alongside the skeletal remains later.

“I believe these skeletal remains will be a major attraction to our museum where whoever goes to the Sarawak Museum must see this. It will be a nice attraction,” said Abdul Karim.