Tuesday, September 28
You are at:Home»News»GPS’ role as kingmakers during recent political saga still a sore point for Guan Eng 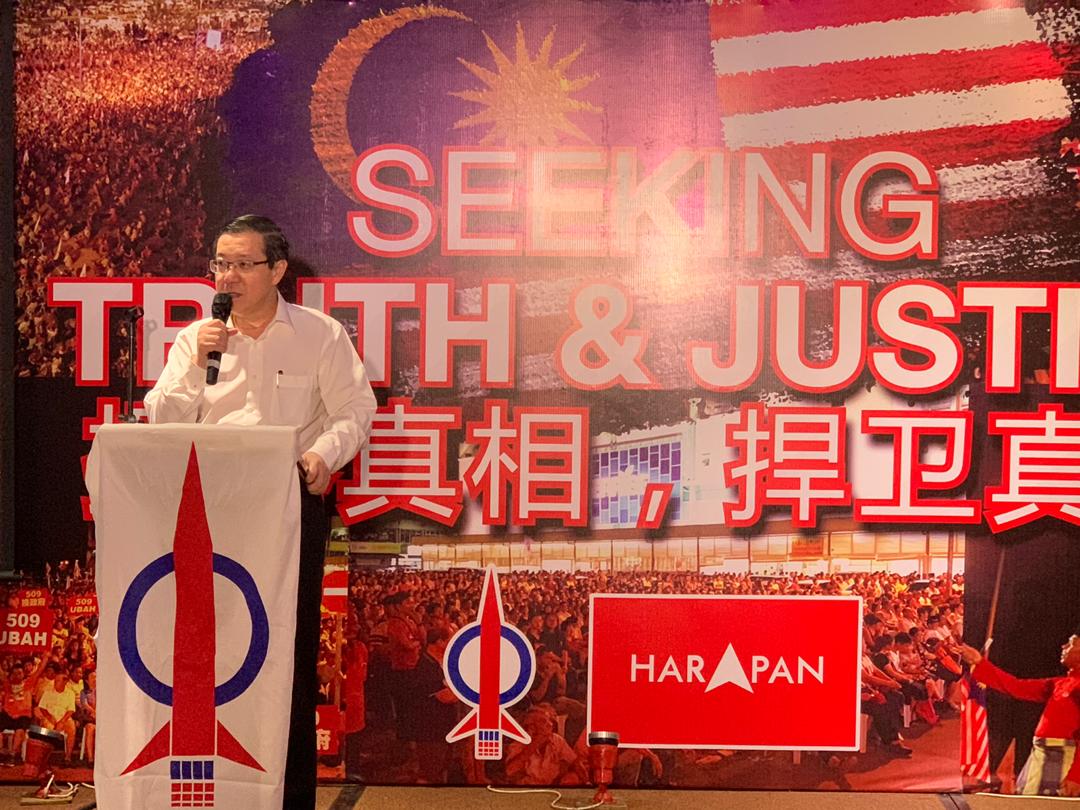 Lim speaking at the fundraising dinner.

The former Finance Minister criticised Chief Minister and GPS chairman Datuk Patinggi Abang Johari Tun Openg for thinking that working together with DAP or Pakatan Harapan (PH) would be foolish.

“He (Abang Johari) and GPS think that working together with DAP would be foolish but they allowed parties which were rejected by the people of Malaysia such Umno, which has had issues with bribery and corruption, and PAS, which never had a ‘door’ to enter the government, to become part of the federal government.

“GPS did not support (former prime minister) Tun Dr Mahathir Mohammad, saying that he was indecisive. Why was he considered indecisive when he made it very clear that he could not accept Umno as it was a corrupt party? He was decisive, GPS was indecisive. GPS say that is ‘paloi’ (foolish) to work together with DAP — how is working with Umno and PAS not ‘paloi’?

“Well, congratulations to GPS because they can finally go back to being Cabinet members. But we need to ask — is the price too high? Is that the wish, intention or decision of Sarawakians?” Lim lamented in his speech at a DAP ‘Seeking Truth and Justice’ fundraising dinner last night.

Lim was also questioned the logic of the new “backdoor government” being comprised of parties that lost the last general election or were rejected by the people but assured that DAP would continue to fight for the values under the PH module.

“We need to respect and obey the decisions and choices made by the people because they are the ones who decide the government, rather than having a ‘back door’ government. We (PH) wanted a new Malaysia where there would be not only democracy but integrity and respect for every Malaysian. But now what we fought for during the 2018 general elections has been taken over by a new darkness.

Lim also called on Sarawakians to make their stand known to the state government.

“Sarawak, as kingmakers, can tell GPS to make a decision based on the wishes of the people. Apply pressure on GPS to follow the people’s decisions and not to sell out the country’s future for a few ministerial positions in the Cabinet.

“I believe that if Sarawakians make their wishes heard in the next state election, then the state government can make the right decisions in the future,” he said.

Among those present at the fundraising dinner were DAP state chairman Chong Chieng Jen and other DAP state leaders, members and supporters.